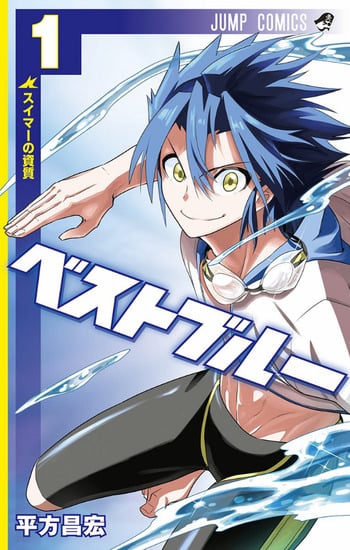 When Mizuoka sneaks into the pool after hours for extra swimming practice, he's caught by his classmate Hino! Hino agrees not to tell anyone he's broken in, provided he teaches her how to swim. Mizuoka agrees, and, though he finds himself liking her more and more, he really needs the extra practice for his swimming club status. Will Mizuoka's dedication to his club ranking destroy his chances with Hino?

The Mizuki Diving Club (MDC) is on the verge of closing down after having financial troubles. The club's new coach persuades the club's parent company to stay open on one condition: that the club sends one of its members to next year's olympics as part of Japan's olympic team.

Kaoru, a high school student, falls in love with Sonoko, the leader of his school's swimming club. Although he can not swim, he joins the swim club to seduce her.

Konashi is a hard-working swimming buff who's focused on becoming good enough to land himself a spot in the upcoming summer swim competition. One day while heading to the pool to swim as always, he spots a guy he's never seen before standing on the jumping board with his clothes and shoes still on. As it turns out he's Eguchi, the resident class "mystery" who's only ever attended one of his classes. As they get talking, Konashi realizes he's nothing like the rumours made him out to be and so began a quirky brief friendship that leaves a strong impression on him even years later.

Zhehai Qin stopped doing the sport of swimming due to his secret that he tries hard to keep hidden. But when Xu Wang discovered his secret, Qin must fight him in a swimming race to keep it from being exposed. Their race reignited his love for swimming, which led him to join the Le Shui Swimming Club. His amazing skill in swimming was recognized, giving his team a chance to victory, but his secret won’t be kept in the shadows for long.