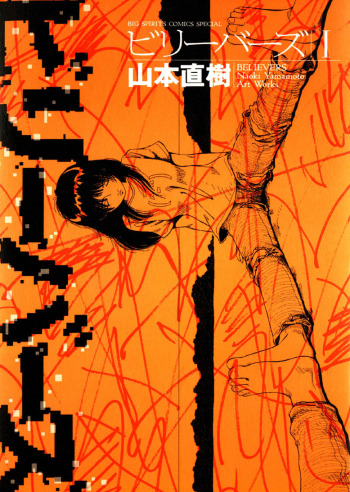 Believers is an adult psychological manga that has a tinge of mystery to it. It follows a small sub-division of a pop-culture, well-organized cult in the setting of a small, isolated island in Japan. Story: 8/10 The story starts out following the character’s main activities on the island; working hard for their “compatriots.” The opening chapters are a little strange, with the characters not having being called natural names {rather entrepreneur-esque names like “Chairman” and “Operator”}, mindlessly chanting after a cassette recorded message by the cult leader, and discussing dreams over scarce food rations. The intrigue is what kept me reading, I wanted to find out why they were doing all of this strange stuff and after a few mentions of their final goal, I wanted to know what it was. If the author didn’t throw a big shot of drama in there, then the story would’ve gotten boring. But once more explicit themes hit, drama was abundant. I thought the introduction to the hentai aspect was a little unrealistic and cliché, but hey, that’s the Japanese for ya. This is one of those stories that ended in a way that really made you think about what had just happened, and what’s really real, and what’s not. As all psychological stories do. If you’re looking for something that has an absolute conclusive ending, this manga is not for you. Art: 6/10 The art for Believers is more on the realism side than traditional manga style. To me, the artist wasn’t really consistent with how they wanted to draw the characters. Sometimes the men had visible facial hair, sometimes they didn’t. Sometimes they were sweating buckets, sometimes not at all. Sometimes the irises in the eyes were visible, sometimes it was just the pupils. The bodies were proportionate, there were no huge distractions on that end, but sometimes the faces looked a little discombobulated, and almost like a blow-up doll, that was something that really bothered me. I also had to look for certain physical features to tell characters apart at first, because they all look basically the same – wearing the same clothes and eventually all having the same hairstyle. If it weren’t for a headband and a slight change in the shape of the eyes, I would be totally lost as far as the whose-its-whats-its. To me, the art just seemed like a rush job to get done just to tell the story. There were no spectacular panels, and I think that the distractions could’ve been fixed if a little more time had been spent on them. It’s almost as if the artist didn’t try… Characters: 7/10 In the beginning, the characters were all seemingly the same, the only difference was that they acted out their authoritative “roles.” It was pretty bland, actually. However, I gave this score a 7 because you really see the characters change. One of the characters sort of had a forced change, and the other characters change around that. You still don’t see MUCH of the character individuality, but at least a little bit shines through. Plus, in my opinion, character development is better than having just a set, static character. Overall: 7/10 Believers is a short, interesting read if you’re looking for something that incorporated survival and cult themes. It also mentions a neat little tidbit about dreams that sort of piqued my interest for further research. I saw it as a bit of a darker, sadder manga, but it really depends on your views on cults and how you take the ending. I think that’s one of the best things about psychological stories, they’re open for interpretation. However, with such a {seemingly} rush job on the art and how dry the characters were I think this manga would’ve hit full bloom as a light novel.