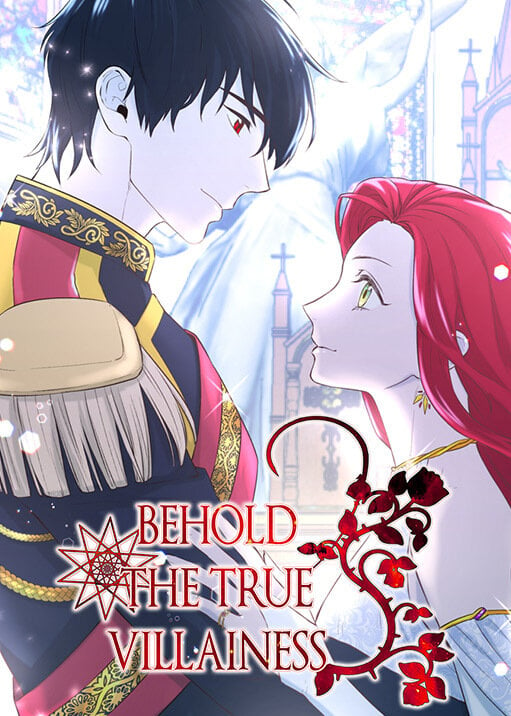 They do some pretty fun stuff with the facial expressions. Meme-looks, chibi-forms, cartoonish mouths. Though not all of the warpage looks good. Nivea is cute and has very kissable lips. Fe has red hair, with a translucent lock covering feir right eye. I like the outfit they have fem wear while traveling with Kyle, very pragmatic and tomboyish, and the action scenes with fem look pretty cool. Fe is an expert with a bow (because of feir past life) and is learning how to use a dagger as well. Kyle is the heartthrob of the story, a knight who's secretly more important than fe appears. I like the way that fe is quiet and a bit distrustful, but also seems to have a kind core. Half the story so far has taken place in the initial city, the other half traveling in the woods. Its entertainment value largely stems from Nivea's brash and unfeminine mannerisms. Kyle is dealing with some political maneuvers that involve Nivea's ex-fiance, and I'm sure that at some point Nivea will be drawn into that drama more directly. The immediate next plotline seems like it will involve Nivea bringing feir fist down on feir evil stepmother and perhaps reforming some stuff in the familial territory as well (though that second aspect is more just me guessing based on how similar types of stories have gone). It's pretty entertaining and I've largely enjoyed the read so far.

Chapter 4 just felt dumb to me that I got discouraged from reading this any further. The story is the typical girl got isekaid and won't conform to the lifestyle the previous owner of body has.