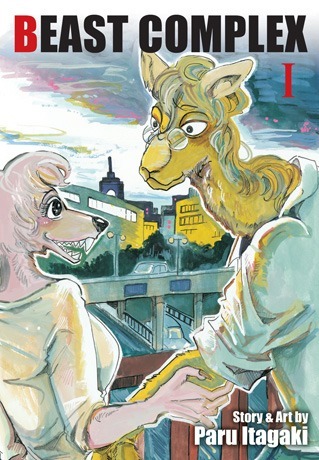 This is a series of standalone stories set in the same world as Beastars, with various carnivores and herbivores interacting and dealing with the tension that comes from the threat of predation. I especially liked chapter six, which deals with a budding chameleon and fox couple in middle school. Interestingly enough, it's also the only chapter which doesn't deal with the carnivore-herbivore dynamic, but instead focuses on stereotyping and how animals are expected to conform to certain lifestyles and attitudes because of their species. That chapter might stand out to me precisely because of that difference and because I feel that Beastars takes the best ideas from the other stories (like predatory urges being overlayed with sexual urges or the existence of the Back Alley Market) and implements them in a much more appetizing manner.