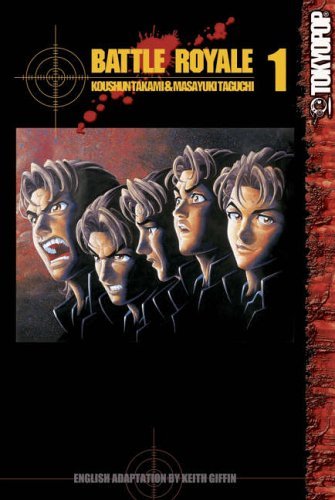 Reality TV has hit a new and disturbingly graphic low with ‘The Program,' a television series in which a purposely chosen ninth-grade class is forced to fight to the death on a remote island. With only minimal survival gear and a random weapon, each student must survive and kill their friends until only one winner remains; if the group refuses to play, all of its members are killed by the electronic collars around their necks. Girlfriends and boyfriends betray each other, friends are brutally slain by their closest companions and alliances are made and broken. On screen for the world to see, only the strongest will survive this horrific, sadistic game...

Story: Brutal, gory, remorseless, violent. All part of the underage student killing glory. Student killing, you say? How could a government do such a thing? It's explained, and the series does a good amount of explaining about the program itself and the government that conducts it. Have to give it props for explaining the ones pulling the strings. Dat violence, but I'll tell ya this; it's not all about the violence. On the outside at least. On the inside, they're beaten down, torn apart and ripped to shreds as their minds break to the twisted game they're forced to play. Players go insane, turn into psychos and some become a complete contrast to what they were before the game. It's pretty damn good and the author does it just as well here as he did in the original book. Violence, psychological violence, spiritual violence? That's just dumb. But that reminds me of how the manga is different from the book: tacking on extra scenes that have no business in being there. It extends the mid-game scenes needlessly and even the climatic end-game. It adds a sense of ridiculousness and absurdity if not filler and padding. Other changes are there, but if you didn't read the book for some odd morally related reason then it doesn't matter to you. For those who have some of them aren't too bad. The one at the well, for instance, I felt was for the better, lest the one there lacked development in the book. Aside from the padding instances mentioned in the paragraph above, the changes wouldn't detract from your enjoyment. It's a long series, yes, but it's over a short amount of time. Sometimes it's almost if it's plodding and it could have been sped up a tad, maybe not for getting expense of character development. Here I mean scenes from the original. As time marches on, so do the weak as they get eliminated and only the strong, the cunning and cowardly (Contradictory maybe, but discretion is the better part of valor) remain, the story slows down. This might not sit well with the more bloodthirsty reader but sometimes it's needed so one wouldn't take the violence for granted, other times, there is such a thing as too much peace. Art: You have to give it credit on the detail. Viseral in it's gory glory, it doesn't shy away from the mature stuff when it comes to violence and the aftermath when one is left standing. Unsettling, brutal, and stomach churning, it'll make or break your enjoyment of a good part of it. Sometimes it's almost over-the-top, other times it sends the message home. I can't entirely say I enjoyed the deplictions of gore, mutilation of bodies and grim details but it did highten the experience and fit with the overall theme of students and friends killing each other. The characters, range from the good looking trio of heroes, other good guys and gals looking good and some ugly motherfuckers by the name of those who I call villains; Sakamochi, Niida and Froggy are the ones that come to mind, and it's noticeable. You can't avoid noticing how the doctors slapped their mama when they were born. And as it goes on, the line between beautiful and ugly as sin blurs as the corpses pile. No matter how good you look, a corpse is a corpse. Characters: One of the main selling points and one of the best parts was how they develope the characters. A majority of them get some sort of backstory, a chapter or two displaying their past, some of their quirks and a bit about of themselves before they check out. They aren't nameless future coffin occupiers, but real humans with emotions and enough depth to make you care for a select few and become emotionally invested. One of the mentionables is Souma, the hot chick. If she weren't developed, she'd just be hot chick, but with development, she becomes more than that. But with a few others alongside her, it's not always straight-forward. There's more to them underneath their exterior and truly, once again, the depth is what helps brings the manga to excellence. Not everybody can be given depth as some become corpses before we can know them. That's life, right? I'm not going to hold it against it. To be fair, some of them become worm food before we can get to know them but some of them, worm food and other minors, are in the past scenes of other more prominent characters. They're classmates and all but I liked that. Sort of creates a connection between the classmates. The villains, once again, or what can be considered a "villain", only a few are truly despicable. I'll just use Sakamochi as an example, the head of this installation of the game. To put it elegantly, he's a fucking sack of shit and wholely unlikeable. The author makes no effort in giving him the slightest sliver of characterization to make him likeable in any way. Otherwise, one might say it's due to the event they're thrown in and forced to participate in, but sometimes evil is evil, and they might be evil deep down. Simply put, villains are done well overall, natural evil Sakamochi or otherwise. Overall: I loved the Manga series, but not as much as the novel. Excusing final comparisons, it's obviously a series not for everyone. The violence and overall mature subject matter will put some people off but if you can handle that, you'll get one of the greatest series on survival games with a cast that aren't just faces. Sometimes the characters even overshadow the underage violence that gave the book such notoriety. 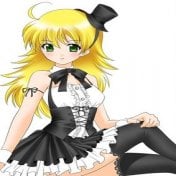 This is the true depiction of Battle Royale in it's rawest form. It doesn't hold back on the gore and brutality, nor does it let any character sleep safely at night. The pacing is amazing as there's really not a boring moment and you'll be turning to the next page in anticipation of whether a person lives or dies by a blink of an eye. Although some of the kids backstories are only briefly touch upon you'll still feel for a lot of the bunch, I cannot help but rooting for them when it was a life or death moment as it felt like every fight was for that of survival. Now the main characters are not only relatable but likeable as heck, I cannot put it enough into words to get that point across as I really think the relations & interactions between them felt genuine and the way kids would behave under this circumstances. The villains vary as they cover all kinds of psychopaths, delinquents & nutcases. But that's not to say they're all the embodiment of evil, nor that they all enjoy killing or take joy in brutally murdering their neighbor classmate . It's really a case study on the human condition and what we'll do under extreme stress and life threatening situations. While there are adults they mostly appear in the background and only have a minor role for the majority of the time, it's kinda silly but horrifying how evil they come across and while it's exaggerated I wouldn't rule it out how the real world 1% perceives the rest of the population. Art is great, it's a bit dark but overall the attention to detail on the environment is great. The character design is rich and varied. The Girls are cute/hot. The one's who break are perfectly illustrated in ink and their emotions are demonstrated as humane. Story is extraordinarily good, manga sets up the premise/rules from the very first chapter. We get to learn about each student as the story progress. There's plenty of flashback/backstory moment that establish who these kids are & how they became this way. We get to learn who's allies & foes from before being put on this island. There's tragedy, anarchy, action and surprise romance (even under these circumstances believe it or not) to be found.  I have yet to seen the Live action adaptation of this manga so I cannot comment much on it. I really wished they had made an anime version but alas, well the manga was so awesome that I don't think an anime could make it 100% justice. I assume it's only expected to be compared to the running man and hunger games series. But honestly while I liked the Arnold flick I don't think they're that alike except for the basic premise. As for hunger games? I really don't care for these movies, I never felt like the characters where in any real peril nor did they vowe me into caring for them(I dunno if the book did it better since I haven't read it). Katniss is one of the most bland characters I've ever had the displeasure of seeing. The fights are underwhelming and this forced feminist "Girl power" message is annoying. I do not recommend the movies if you're a fan of this manga, just stay away from this trash. Also there's the game by the same name & PUBG; While I played H1Z1N at it's peak I think this game was a fun mess, it had it's moments but ultimately it has such severe limitation and devs that weren't able to foresee certain essential things which would lead to its downfall. Pubg; this is a step in the right direction! It looks better, performs (sometimes) better and the aiming in it is (better I guess 70% of the time). It's really what I wanted out of a Battle Royale game IMHO. If you fancy the concept of feeling like there's someone always watching you and you're never truly safe then this is the game for you. I know there's no story as it's an multiplayer game but this is truly the closest to a personal level that you can get to experience what the characters felt somewhat during all those insane fearsome adrenaline moments. Just play it! 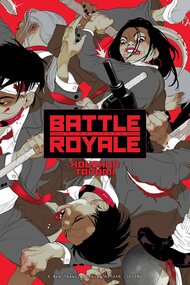 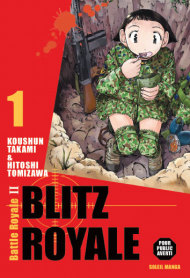 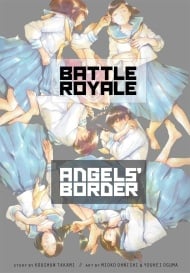