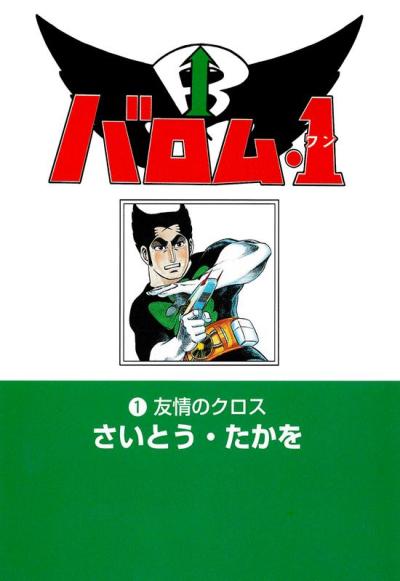 A secret society of scientists seek to create advanced humanoid lifeforms through the hybrid of man and beast for their almighty Lord Yeshu and the new world that is nigh.When young Shin'ichi Kuruma is pulled into this inhuman pursuit and loses everything, his path of bloody vengence leads him into the depths of a conspiracy greater than he could ever imagine.

It focuses on a boy named Yamano Koichi, who is one day revealed to be the heir to the supernatural powers of an alien named Babel, who was stranded on Earth 5000 years ago and built the biblical Tower of Babel. Koichi becomes Babel II, armed with supernatural powers and served the Three Servants: the shapeshifting Rodem, the giant, pterodactyl-like Ropross, and the humanoid aquatic robot Poseidon. With his newfound powers, Babel II seeks to put an end to the ambition to Yomi, a man from the Himalayas who seeks world domination.

In the future, the third energy revolution starts with the invention of the Shizuma Drive and humanity celebrates a new era of prosperity. But lurking is the Big Fire, a secret organization that wants world domination. The International Police combating this threat counting with Giant Robo, a giant robot controlled by just a couple: Daisaku Kusama.

In a post-apocalyptic future, society is split up into classes which are only traversed by fighting battles. Points, required to rise in rank, are awarded for kills, and successful fighters may even have a chance of becoming the ultimate goal -- a citizen. Grey is one of these fighters -- on a mission to become a citizen at all cost. But when his friend and mentor is captured by the enemy, he must embark on a journey to save him, all the while discovering that the society he lives in may not be as it seems...

A mysterious boy, known only as "Mars", is found on the uninhabited island of Akinoshima by a news reporter.