Alt title: To Dream of Ballet 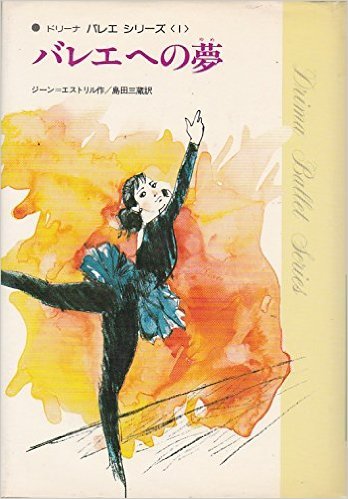 A Japanese student studying in Paris who suddenly finds herself entered for a ballet competition.

Michelle is passionate about ballet but belongs to a poor family that can not afford the Academy of Dance. However, a prima ballerina who takes a liking to Michelle decides to help: Oriella Siorella. Michelle sees her benefactress as an idol and aspires to be like her but is shocked when Siorella falls from grace when a new dancer arrives, named Olivia Ann. The series narrate Michelle's pursuit in her passion, dance, and the entertainment world in Italy.

Mario was born in Rome, but he remembers nothing about it. He grew up in Belgium with his foster parents and he always performed the leading role at the ballet school. Mario joins a modern ballet company in Paris together with Didi, Raffaella and Sylvia. He falls in love with Raffaella, but the secret of his true father's murder haunts his happiness...

The story follows Maia, daughter of Masumi and Leon, pursuing her dream to be a ballerina at the Paris Opera.

Takumi is a handsome ballet dancer looking for a new partner when he finds one in an unexpected place – on the floor of a skating competition!

Will Kaname's destiny as ballerina change?Because she wished to become a great ballerina, Kaname followed Miki-sama and entered in the prestigious ballet of her school. Kaname will secretly develop her talent as ballerina there.

A girl who, despite her boyish appearance, is secretly in love with ballet dancing...