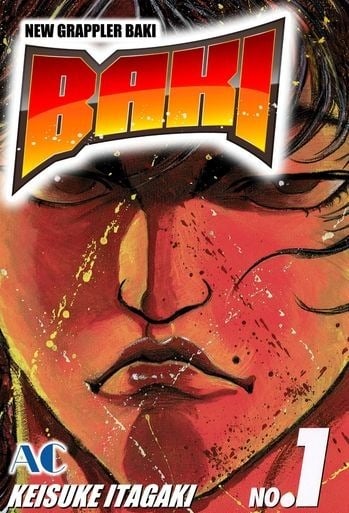 This is indeed not a bad manga. I like the first part the best, which is Grappler Baki (it consists of the first 42 volumes of the series). I liked how he trained towards one goal, and that was to become stronger than his father. However in the second half of New Grappler Baki and in Son of Ogre this manga lost its touch. It has very special art, specially the close-ups of the faces, and a lot of epic moments. I love all of the fight scenes. What I miss the most though, is how Grappler Baki inspired me to train even harder in my sport, because Baki is this train-a-colic, but in this 3rd part it moves on to stranger things, and is sometimes outright confusing. All in all it's an enjoyable manga, but one should mostly read it for the fights, action and epicness of Yujiro.

My biggest issue with this was the fact that the story would randomly take a completely different and often nonsensicle turn. After a few of these you finally see some kind of resolution and what you could call the end of an arc.... Just in time for another random segway. It wasn't bad for what it was but it wasn't all that great either.