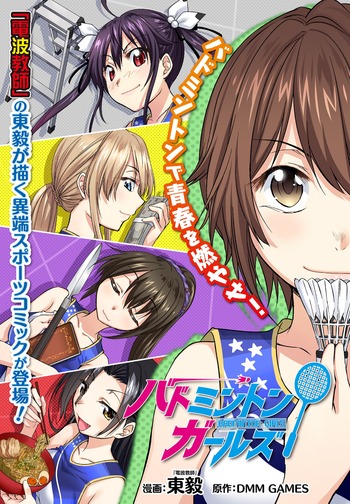 The story follows Ryō Mizushima, who joined his middle school's badminton team full of motivation — but without a proper coach, ended up in obscurity. Nevertheless, he did eventually reach the prefectural tournament on his physical strength. Now he joins the prestigious Yokohama-Minato High School's badminton team under the legendary coach Ebihara and is surrounded by talented teammates. He strives to become a top athlete and take his high school team to the inter-high tournament.

Fans voted to choose the members of the Inazuma Best Eleven team that will face off against the special Battle Eleven team in the new anime.

Tenma, Shindou, Tsurugi, and the rest of the Raimon soccer team are busy practicing for their next match when they receive surprising news: they're being ordered to undergo secret training at an undisclosed location! But on their arrival the group soon discovers that this isn’t any normal training routine, it's punishment for refusing to follow match-fixing orders from Fifth Sector, the clandestine governing body of youth soccer. Stranded on an island and firmly in the clutches of the organization, Tenma and the gang are forced into a winner-take-all match against a team of experimentally trained, elite soccer players. With their freedom hanging in the balance, will Raimon be able to beat the odds and come out on top?

The new series will center on a team made up of successive generations of Inazuma Eleven characters. The "Inazuma Japan" boys representative team will face teams from around the world.

Asuto Inamori's soccer club is disbanded after the school's soccer field is destroyed. He and friends go to Tokyo to attend Raimon Junior High to play soccer.