Back to School: All Grown Up - Reviews 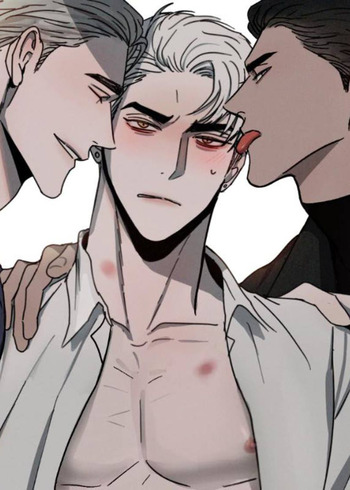 It was okay, I enjoyed it. At least the first seven chapters. I didn't like chapters 8-9, which feature a world where Jihyun and Chiwoo are a couple. Since in the original story Jihyun raped Chiwoo it didn't sit right with me and I really don't ship them at all. It's Kyujin and Chiwoo forever. Some of the panels during the sex scenes aren't drawn as well as I hoped they would be, it looked kind of weird.

I could tell I was really absorbed in the main story when Jihyun appeared again. I immediately got anxious, haha. It's nice to see that he 'changed' but I understand Chiwoo's actions. The sypnosis is a bit exaggerated, besides chapters 8-9, Jihyun only appears once. Not that I'm complaining. It's nice to see how far Chiwoo and Kyujin's relationship has developed.

This unfolds five years after the end of the last story. Chiwoo and Kyujin are still together, but you can still see their relationship deepen as Chiwoo becomes more comfortable with affection. Chiwoo is a university student who also works in a café. I thought it was adorable that he works at one; he obviously needs a relaxing environment. Kyujin is a model and a university student.

At the end, Chiwoo and Jihyun met again. They catch up on their lives and what they’re up to. The most satisfying part, in my opinion, was when Chiwoo rejected Jihyun's request for a hug because they're not friends anymore. That made me very proud of Chiwoo!!!! I really love the next part. He and Kyujin had an in-depth conversation about their relationship. He also establishes that he loves Kyujin because he is Kyujin, which I appreciate because I believe Kyujin needed to hear that. It makes me happy when Chiwoo proposes they buy promise rings.

Okay, so I agree with the other reviews.  But I have to say this is a sequel also read the first one it's really good secondly there's a plot but this is mostly smut and showing the aftermath of their relationship. So the "plot " isn't really plot and doesn't really matter too much. It's just what we wanted to see and also the development of the relationship. Now I am not talking about the last 2 chapters. Honestly, I'm not willing to read those because those should never be a reality or even a false reality at that so Uhm yeah. You will not catch me slipping reading those last 2 chapters because honestly no matter how much of a dream or whatever you want to call it . He does not deserve this type of happiness or that relationship. At least from the main charter.But putting that aside even though that's big but it's really good. You should give it a read if you wanna know about how they went on with their life but other than that. That's it :) Also ill be putting a review on the first manga. So be sure to check it out and my thoughts also drop a follow up above. I have great manga recommendations and is but anyway peace

Darling I know everyone deserves a chance at happiness but jihyun my dude after everything you've done u should move on from chiwoo hun he's doing great with the puppy top kyujin just simmer down your lingering feelings and start anew how that sounds my dude.

Now, i know all of you are saying that Jihyun wa s atoxic guy that didn't deserve chiwoo's love and bla bla bla. listen i personally hate Kyujin. Yeah, he's kind and i know you are all going to come at me for being toxic myself and shit like that, but Chiwoo and Jihyun actually knew each other first, being jealous is not toxicity (ok?) ,  PLUS he FUCKING CHANGED and he was so much better. ( i lowkey cried watching them seperate alright) plus they both liked each other then I personally am hating the author for making that just a parallell univese shit and non canon. Come at me, IDGAF about that stupid bitch gody two shoes fucking ruiner kyujin. period.