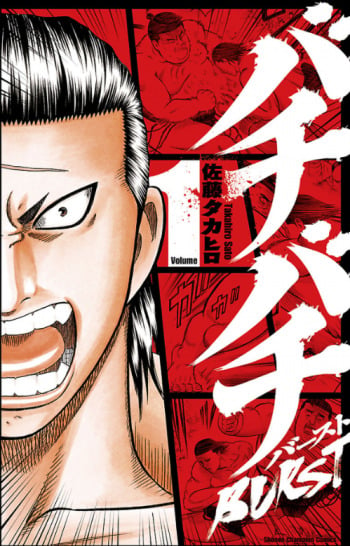 Chinmi, an orphan who lost his parents in a tidal wave, is a promising sumo wrestler. Even though he did very well in the junior championships, none of the sumo scouts were interested in signing him because of his body, which is unsuitable for sumo wrestling, and also because of his weird sumo style. But luck comes his way when a small sumo school owner shows an interest in him and decides to take Chinmi into his school. There Chinmi begins his training to become a yokozuna...

The story follows Matsutaro Sakaguchi, a giant roughneck man with strength far beyond ordinary people. He never uttered words like "work hard," "strive," and "dream" like the typical shōnen manga protagonist. However, he is stronger than anyone and peerless in sumo wrestling. His greatest weakness is his own carefree personality. He grows into a full-fledged sumo westler.

A short manga about Sumo wrestling.

Daikichi Kamiyama is a college student at Toudai University. He returned to his hometown to attend such a prestigious University. He happened upon a cafe where once stood a great wrestling arena led by the "Amazoness Kitty." Now three daughters run it: Yukihyou, Ferris, and Leona. Join Daikichi "sandbag" Kamiyama as he endures the trials ahead of him with these bombshells.