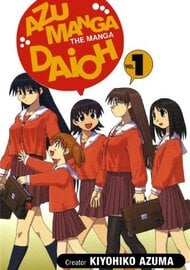 Story: Oh Azumanga Daioh, how amusing you are. Light and humorous and flowing as well. I felt myself laughing all time while reading this. From all the little quirks and oddities, Azumanga isn't short of comedy and fun. Nothing to heavy and I never found myself bored. The ending was fitting and not overdone. Just a great bundle of fun. Art: Cute and amusing. Character designs fit to a tee. I found Chiyo's father pretty creepy though. Other than that, the art is easy on the eyes. The short panels don't do much for the background but there not supposed to. Chiyo-chan is the epitome of cuteness especially when she's a penguin. Characters: The characters are all real and down to earth. Not to stereotypical so you don't really know what they're going to do next. There little niche doesn't feel overdone and all the characters are very well developed. The male teacher is a creep and Tomo is really annoying along with their homeroom teacher; those were the only ones bringing down the score but they didn't even bring it down that much. An awesome and endearing cast of kooky but lovable people you wished you knew in real life. Overall: I loved, loved, loved this. It's light and funny and I had a great time reading it. I would this to just about everybody.

Trying to describe Azumanga Daioh is like trying to describe a cake to someone who has never had cake: it's kind of impossible, and strongly advised to just give them a bite - otherwise they will never believe that those random ingredients will create something that's actually good. Since it's a 4-koma manga, it's quite easy to give it a shot without a big time investment anyway. If you don't want to do that yet, I hope my review below  can convince you to try it anyway. Story and characters There isn't much to say about the story of this manga: it's literally just the daily lives of a bunch of highschool girls, and sometimes some teachers are thrown into the mix too. The manga follows the girls through their 3 years before college, as they follow classes, go on vacation, take part in school events and almost get killed because their teacher is nuts. It's truly a "slice of life" in the sense that all you get is that part of their lives - which is all too short. Having to put down the book because I finished it was somehow sad... Now I've only been talking about the slice of life part, but of course this is also a comedy manga. And the comedy is carried entirely by the characters in this case: not only is the cast adorable and likeable, but they're also a tad eccentric. For those of you who think of Cromartie High School when I say "eccentric", I have to warn you that the girls are eccentric in a more "believable" way. (That's also how the comedy in general works in this manga: by using a lot of natural elements like pranks. )But still, they're all memorable: the airhead Osaka, the hyperactive Tomo, the lolicon Kimura... none of them took long to grow on me, and I kinda miss them already. Art It's quite typical for 4-koma that the artstyle is more "bare bones", and this is also true for Azumanga Daioh. However, there are still enough details to make it look good, and the style fits the manga well. Overall This is a fun, short series which is just relaxing at times and hilarious at others. Don't pick this up if you want a deep story, but if you're looking for a soothing comedy then you'll have a great time with this one. 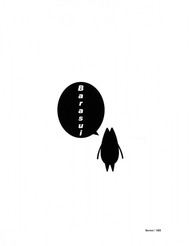 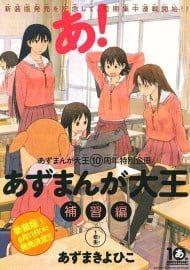 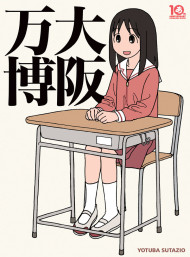 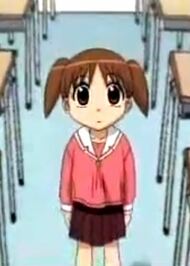 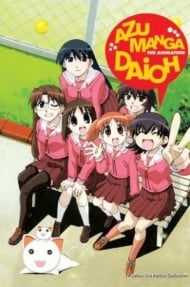 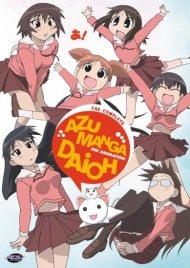