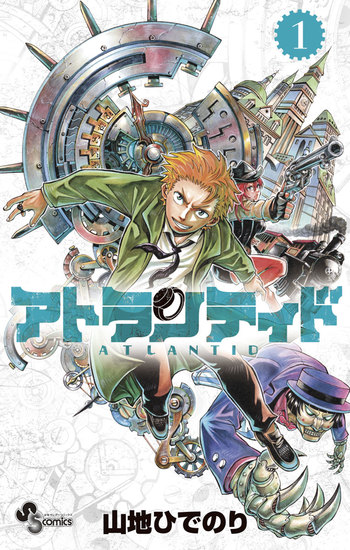 It is the 19th century, and a young woman named "Miss China" runs the Tenkai boarding house and restaurant by the seaside. Her tenants are an unreliable bunch: Breckenridge, a crazy old inventor who always manages to pay his rent late, and Jim, the local watch-store apprentice who has caught China's eye. With the creation of a special invention, Jim's plans to give China the most beautiful ring in the world finally become a reality. Join the trio as they travel to the moon and back, and experience the spirit of wonder.

The Empire of Corpses

In an alternate version of 19th century London, the world has been revolutionized by “corpse reanimation technology” creating armies of undead who serve the living as laborers across the globe. In an attempt to revive his dearly departed friend, young medical student John Watson becomes obsessed with replicating the work of Dr. Victor Frankenstein—the legendary corpse engineer whose research produced the only re-animated corpse to possess a soul. But when his illegal experiments put him at odds with the British government, Watson is drafted into a worldwide race to find the lost research notes of Victor Frankenstein before the secrets of the human soul fall into the wrong hands.