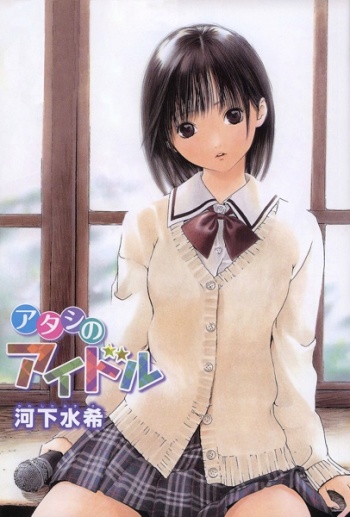 Ink Nijihara, who does very well in her high school English class, has a crush on her classmate Nao; but as she is both shy and clumsy, she finds herself unable to get closer to him. Furthermore, since he does poorly in English, he does not intend to go to a university, crushing Ink's dreams of going there together with him. Out of the blue, a talking duck who turns out to be a polymorphed (and perverted) wizard exiled from a magic kingdom falls from the sky and lands in front of Ink. He offers her magical powers in return for helping people in need. Ink sees the magical girl transformation as a chance to help Nao with his English without feeling embarrassed about it, and thus she begins her adventures as Magical Teacher Pastel Ink!

Kappei Sakamoto is an exceptionally short boy who is exceptionally good at sports, including basketball. But Kappei's Achilles heel is a nice pair of panties - and only plain white will do. At every turn Kappei tries to get a peer up the skirts of the ladies around him, and he likes what he sees in both the basketball team's captain, Coach Natsu, and the lovely Akane Aki. With two pairs of white panties as a good omen, Kappei decides to join the basketball team and do his very best. Through a variety of competitions and trials, Kappei will help Seirin High School always remain on top!