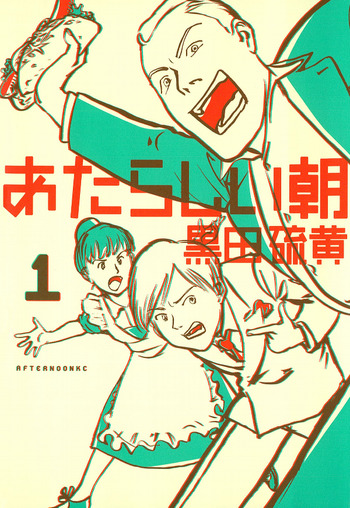 Stranded out late with Akira, Haruo asks his mother to help him find a place to stay. Hidaka visits Haruo's house to lend him her PlayStation console.

The relationship between servant and master has always been strained, but it’s even worse when the staff has to put up with their employer’s eccentricities. From the fearsome Masamune Date with his fetish for eye patches to the super-moe Motochika who has his employees swooning over him like a fanclub, the lords may be having the time of their lives, but their servants certainly have their work cut out for them. With the confused Shingen believing he’s fallen for his rival, Kenshin dancing around in a full-body “Bishaemon” costume, and the sadistic Kanetsugu reducing his fearsome master to a crying heap with insults, it seems that Feudal Japan is much livelier than the history books make out.