At This Rate, I'm Gonna Come... -The Warden's Relentless Pat-Down- 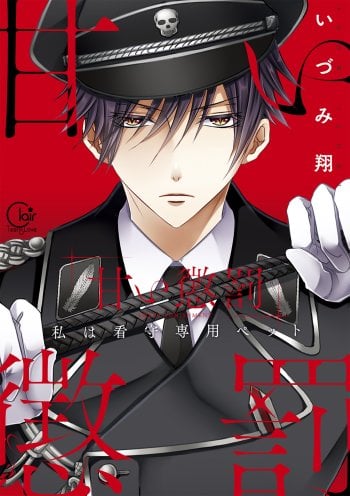 If you're looking for manga similar to At This Rate, I'm Gonna Come... -The Warden's Relentless Pat-Down-, you might like these titles.

Fire in His Fingertips: A Flirty Fireman Ravishes Me with His Smoldering Gaze

Do Es: The Rational Limits No Longer Apply.

Shikiyama is looking to make some easy money when he finds an ad for a university experiment: "$6,000 for a one-week stay." Not even knowing what the work entails, he finds it rather suspicious, but the temptation of the paycheck is too much to resist, and the young, handsome man signs up. On the day of the experiment, he learns the particulars-the group is divided into prisoners and guards in a "mock prison." Shikiyama finds himself playing the role of a prisoner, and, though he thought he could get away with slacking, he ends up a target for the guards. Soon, he is stuck living the life of a real prisoner! Can Shikiyama handle the many indignities thrust upon him!? And what will be the result of the week-long experiment!?

There's a hole in my heart that can only be filled by the body of another. My love is intense and, at times, warped...

"From midnight you'll be my libido manager." The moment they meet, she's forcibly caressed to the point of creaming... Is this part of a manager's job description!? New manager Akari comes highly recommended for the job of looking after top model Shun Takamine!! But upon introduction she finds herself being kissed and groped... After she loses her mind in the throes of pleasure, Akari is told the crazy condition that she must work under... She is to be a manager until the stroke of twelve, after which she shall be a contracted sex slave... This is definitely not a Cinderella story!!!