At the End of the Road - Reviews 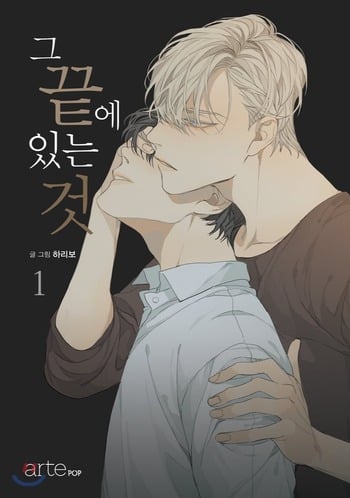 I binged read all 16 chapters and it was amazing! I haven't read such a good story in a while. Manhwas never fail to impress me with their stories. Basically a tough guy gets hit by a car only to wake up in the body of a guy who was bullied significantly in high school. Unable to stand the bullying of the guy, he stands up for himself and changes completely. Not only that, he ends up meeting the one childhood friend who knows about his past and past self. That childhood friend begins to realize the similarities between the real protagonist that is inside the guy he wakes up in.

I love love the main guy's character so much so far, especially how he handles the bullying situation. He's too cool.

One thing I don't understand is what happened to the guy who got bullied then, where did he go? & what happened to Taemin's real body then? BUt then againa, its not completed so I'll have to wait for the chapters.

Great art and characters, also the plot buuut... Dissapointed with the end

Its a story made for people who can handle a few emotional jabs. Its not particularly rewarding, but if you appreciate a hectic relationship at the start due to a misunderstanding turn inseparable couple as the story progresses with a malicious antagonist terrorising the couple through means of blackmail and the sort, then this is for you. The main charecters however are very much capable of handling the problems hurled their way. The story is very unfair to the original person that the protagonist awoke in, but after the protagonist makes use of his new life to seek revenge on those that would threaten his life, things get better. The next part of this reveiw is just my opinion, feel free to read or skip.

Simply put, I dont think rape whistles or the equivalent were ever created in the world of this manga, if they were, almost every page would read *rape whistle noises* in bold until the whole page becomes black with that text. side rant, spoiler involved.....

What is with the author and letting the antagonist off the hook after he's just raped some dude and leaked videos about the poor man....at least give him what he deserves like...what, in my opinion, the man should be recieving an Ermac fatality but its sad to say he doesn't:'( But seriously, where is the satisfaction of letting him go unscathed, way to ruin any chance for a good ending to a bad story.

You guys this is a must-read manhwa. The story of both of the main characters was fictional and very interesting, I love the part of the psychological issues that all the characters go through it was a  well-developed story that catches you at the end. Don't expect a Yaoi because it's a shounen Ai. Cute, and [email protected]#ked up couples 2. I really liked it I hope I can see more work from this artist.

The story is so well done. The way the author slowly draws the curtains in each character's background could be considered an art. The plot may seem slightly confusing at first, but you'll quickly catch on after a few chapters. The amount of heartstrings this story has plucked is more than the amount of feathers on a chicken. 11/10 would read again.

This manhwa has some of the best art I've ever seen. From the piercing glares to the tears rolling down their faces, everything is beautifully illustrated. The character's emotions are so well conveyed in each panel, and that's painfully hard to achieve for some artists. The mood is always complimented with a fitting palette, and the character designs are so.... utterly perfect. BUT! We all know the real MVPs are the blushing faces. However, I do have one veerryy small gripe against it, and that would be the backgrounds. Most of the time, the backgrounds aren't properly shaded, but I understand that the author may have her own reason for that so it doesn't bother me that much. Art is 9.5/10.

FUck. fuCK. FUCK!! I can't put into words how absolutely amazing the characters are. Somehow they just have so much more depth than most other characters. Their feelings are so realistic, and they just seem to come to life. They just have another dimension to them that other characters don't. From the way Min Siwoon acts, to the Han Jiwook's hatred, everything has a reason behind it, and the author developed it so that every reason connects and clicks satisfyingly in the end. And of course, we can't forget just how hot everyone is. I got to give credit where credit's due ;). Characters are 10/10

((I won't make this a boring summary. I'll just give my personal experience reading it here.))

I read this manhwa when it was already completed. I didn't have to wait weeks for new chapters to come out. But should I see that as a blessing or a curse?

In a way, it was both. I binged the entire series and finally fell asleep with my laptop screen still lit, my eyes filled with tears and my heart burning with passion. I wanted emotional stimulation and what I got was exactly that, but 10x more. It was like I took a potent drug. Now that I've finished reading it, it's like I'm withdrawing from the drug. I feel as dead inside as before, only now its much worse. Re-reading just won't feel the same, since I already know how the story goes. Finding a new manhwa as good as this one will be difficult.

What am I going to do with my life now?