At the End of the Road - Recommendations

Alt title: What Lies at the End 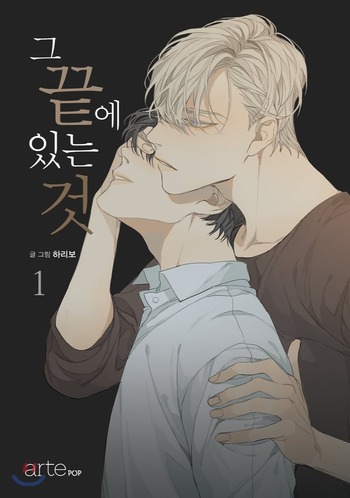 If you're looking for manga similar to At the End of the Road, you might like these titles.

With all his memories wiped out, Jesse, wakes up in the hospital and in front of him stands a man that suggests he's Jesse's lover. However, the only fragmented memory Jesse has of that man is him trying to kill Jesse. But is his fragile memory reliable? Who's telling the truth and what is actually going on? Why was he in the hospital to begin with?

In both Korean webtoons, we have a dark-haired rich kid (the physical body of the protagonist in At the End of the Road) with "amnesia" who gets thrown into a situation where he has to figure out the motives of those around him. One of these ways is by viewing videos of his younger "self" to piece together the tragedies of the past.

Our protagonists in both are tough and discerning, not putting up with BS and not giving his trust readily to the shady blond who seems obsessed with him. The other male lead is a beautiful-in-a-dangerous-way tall blond with ties to the protagonist's past. The main character distrusts him but the blond guy is very attached, having lost him before, and welcomes every scrap of attention.

Flashbacks reveal why he is so completely devoted to the main character through their shared childhood/adolescence. The situation currently is a reversal of dominance from their childhood days. For important reasons, the main character does not remember or deliberately avoids bringing up the past that they had in common, choosing instead to treat the blond as a stranger that was introduced relatively recently.

I would whole-heartedly recommend fans of either series to read the other. Both have a dark atmosphere, a mystery of memories and identities and a similar level of non-explicit romantic content alongisde the gripping plot.

While Moritat seems more confusing structure wise, they both have somewhat similar main characters. And the fact that everything the other male lead is doing for them is out of love, of course.

Both are amazing and have a light boy love genre etc etc etc.... I love both and they have a similar feeling to each other while reading

Both Korean webtoons are about a dark-haired main character who was once the tough guy in the neighbourhood and had previously saved the weaker blond guy in their childhood past. Unfortunately, they lost contact after being separated. Now that the protagonist is older, he has mostly forgotten their shared past and is weaker (physically in At the End of the Road, emotionally in A Guy Like You).  Meanwhile, the blond guy had changed to be more powerful and cynical so he could fend for himself without his childhood saviour, also his first love. When they meet again, the tsundere protagonist cannot or pretends not to recognize the blond guy, infuriating him. A push-pull relationship ensues.

The plot revolves around characters that have a connection based on childhood friendships.  The characters are of different social statuses, which have become largely reversed since their younger days.  A large part of the conflicts of both stories is the social stigma around homosexuality which impacts the protagonists.

both have a setting where the two mcs face a lot of difficulties but overcome them together and end up together at last. also the seme in both the manhaws look kinda similar and have similar characteristics

this mahwa is freaking awsome!! the way the characters react, the story, the script, it's all very exciting..its insane \ >0< /

Both are darker themed bl whose characters have some... psychological issues. They have similar art styles as well, and similar overall asthetic.

Both stories feauture a possessive 'seme' lusting for a supposedly strong 'uke'. Both feauture questionable side couples, though Out of Control's resolution is much more complete than At the End of the Road. If you were at any point uncomfortable by OC's male lead, don't read AER, he's much worse.

Dajeong has lived with Dr. Lee Sehyeon for as long as he can remember, but his memories are muddled and don't go back very far. All he knows for certain is that the doctor must give him an injection every day, his diet can only consist of raw meat, and he is forbidden from venturing outdoors. He is, in fact, the last surviving zombie from an outbreak that humanity managed to contain a decade ago, and was the product of an experiment that Dr. Lee managed to rescue him from before he could be disposed of. The doctor knows that he can't keep Dajeong hidden forever, just as he knows that Dajeong's questions about why he is "sick" will one day need to be answered. He slowly begins introducing Dajeong to the outside world, but things become more complicated when his undead patient begins to fall in love with him.

It kinda has both ways of experimentation, and it is full-color. Although, by far they are most together because the BL story is just so good.

The Golden Horse Award winner for best actor, Yuan Mu, was murdered, but his soul was trapped in a young and handsome body. The place of rebirth unexpectedly is the bed of his enemy, Huo Yi! And Huo Yi is his breadwinner?! While dealing with this fickle breadwinner, he is also trying to take down the man who killed him. Spending time with Huo Yi, Yuan Mu seems to have gradually fallen in love with the man he once hated the most?

Story about guys who died by an accident. Their souls reincarnated into another guys. Now they live different life than before and they try to do their best to help to their former owners. Both are BL stories.

Jinyoo’s life is a living hell—he’s become a hermit due to an abusive father and a traumatic bullying experience. But just when he thinks life can’t get any worse, he is kidnapped by his high school classmate, Gyuh-wool, who’s developed a twisted obsession over him. Jinyoo quickly learns that there is no escape… The only way to survive is to obey Gyuh-wool’s orders.