At Daybreak The Wind Blows - Recommendations

Alt title: A Gust of Wind Blows at Daybreak 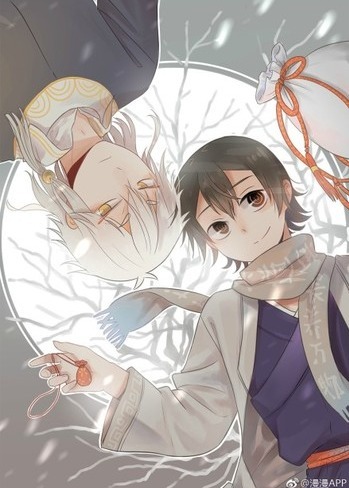 If you're looking for manga similar to At Daybreak The Wind Blows, you might like these titles.

After the universe was first created, the overflowing divine power diffused and gradually turned into various divine weapons that circulated in the bloody world. Dark arrows that could penetrate walls, umbrellas that could summon giant whales, lances that could turn snowy mountains into lava... The father and son must defeat the masters who had these supreme divine weapons in order to find their family enemy and undo their centuries-old curse.

This is a story of a man who is cursed to live a life of solitude! Whether the ladies be eight or eighty years old, his cursed ability would affect them. Even the slightest of skin contact would cause any woman to fall into an uncontrollable state of lust and desire. Thus our hero, Sun Lang, journeys through this word in search of a way to lift his curse. He swears upon his life, that before he dies, he will regain the ability to innocently help an old lady cross the road!

Catch Chen Xiaogou and his father Chen Laogou as they journey on a destined career conquering evildoers and robbing tombs. Let us all embark on ghostly adventures with them!

David is what the supernatural crowd likes to call a “true believer,” a badge the teen wears proudly as he searches for the existence of all things scary and mysterious. When David, alongside his skeptical best friend Felix, are presented with proof that something terrifying may have landed right on their doorstep, the hunt for the Curse of Lalin is on - and life will never be the same again.

Decommisioned police officer Zhounan is perplexed by a peculiar psychological experience. Upon contact with any object, he is able to perceive an individual's thoughts and capabilities. He finds himself entangled within the city he is in - the numerous legends within the Lost City cities. And those seemingly absurd legends hide surprising secrets. A weird world slowly opens its doors to us...

A boy with the “Heartbroken Symptom” could not learn martial arts and was destined to die before 25. After remaining anonymous in the world for ten years, he went back to the capital. At night, he removed the disguise, put on the moonlight-like armor and turned into Baiguyi. What on earth was waiting for him?

Hidden Road of the Netherworld

After an explosive increase in world population and the depletion of world resources, the lifespan of all humans is now limited to 75 years. When Zhang Yi, a high school student known as the most evil existence in his school, tries to help his grandfather avoid the mandatory death, he discovers something by accident -- the purpose of the mandatory death law is to cover up a secret that mankind cannot bear to know. From then on, all kinds of things and people that he has never heard of keep getting drawn into his life. The truth of the world is gradually revealing itself to him!

He is cursed by the heavens, doomed to lose in five ways and always lack in three. He travels the land and uses feng shui to free people from their torment. He is called the "Cleaverman", and he has the power to foresee death and predict the future. He's greatly respected, yet he's destined to die at the age of 30. He has many ways to divine heaven's secrets, yet he's unable to see his own destiny! But it doesn't matter what comes his way. If he must, he'll fight even fate itself!

One day, a young girl named Xiao Jiu arrived at a guesthouse called Snow House. There, she met with five unique staffs. After learning of her situation, she decided to stay at the guesthouse while trying to recall her memory. As she spends her time at the place, her story slowly unfolds...