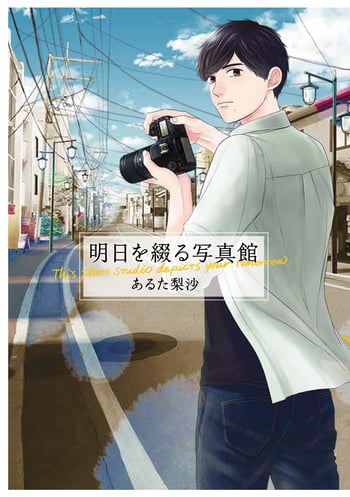 High school student Ayumi Yumeji belongs to her school's photo club. She takes photos in various places in town and grows up while meeting people.

Hatsushiba Electric president Kiichi Nakazawa, who has been Shima’s mentor since Nakazawa was Shima’s boss in the sales division, transfers Shima to Hatsushiba Trading, the firm’s affiliate, to keep Shima from being involved in a factional power struggle that seems sure to erupt within the company when Nakazawa resigns from his post. Shima starts off as the representative executive director, making a deal with a wine producer in France. He flies between Japan, France and England to find the best wine and to sell cases at the best price possible. As always, Shima gets help from various attractive women – his subordinate Kumiko, with whom he has had a long, ongoing affair; Kumiko’s mother, who has a broad network of rich people around the world; and a mysterious hostess at a cosy Shinjuku bar who knows who’s who in the wine business.

Kachou Kousaku Shima is the first in a number of Japanese manga series about a fictional salaryman named Kousaku Shima, a Japanese white-collar worker who devotes his life to his company, Hatsushiba Electric. At the start of the long-running series, Shima Kousaku is a kachou, or section chief, of a huge conglomerate, Hatsushiba Electric. He is later promoted to buchou (division chief) and eventually promoted to manager and executive-director, at the end the president of comapny, and with each promotion the title of the series changed as well. And last it is "Shachou " Shima Kousaku, which means "President Kousaku Shima".