Ascendance of a Bookworm (Light Novel) 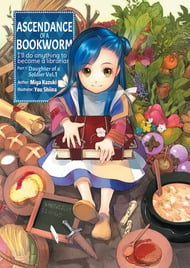 A certain college girl who's loved books ever since she was a little girl dies in an accident and is reborn in another world she knows nothing about. She is now Myne, the sickly five-year-old daughter of a poor soldier. To make things worse, the world she's been reborn in has a very low literacy rate and books mostly don't exist. She'd have to pay an enormous amount of money to buy one. Myne resolves herself: If there aren't any books, she'll just have to make them! Her goal is to become a librarian.

Ascendance of a Bookworm: Part 1 Volume 1

This is a review about Part 1 of the Light Novel, so volume 1-3. It was first posted on AniList. I read the release of J-Novel Club. At first I would like to shortly comment the translation a bit. Take into consideration here that English is not my native language! The translation was smooth and easily readable for me in all of the three volumes, I therefore can only recommend to pick up the release of JNC if you want to read it! There really were no issues I had with the translation. The Story Part 1 established (hopefully only!) a blink into the depth, the rules and the overall culture of the new world the book obsessed main character found herself in. Part 1 established the main character's place in it and it did it really well. What I really liked about the story, and how it's told by the author is the way it first shows what happened in the perspective of the rather sickly Myne - the MC - and then adds on it, or explains the consequences of her actions/ideas, by showing the perspective of another character. The author does this really well in my opinion, as it not just shows a different character more in-depth but also shows how much more complicated things are than the MC actually imagines! I honestly can only praise the story itself. It's refreshing to read a more, if you can say that, a "down to earth" isekai instead of the rather usual "overpowered and far too kind, bland and shallow main character" kind of isekai. There's something really refreshing about the main character's quest to be a more personal one than the "Defeat the Demon King" one. Not that the other is bad! Myne wants to acquire books for herself. But as she realized that the world she found herself in doesn't yet have paper making, but uses parchment, books are obviously very expensive. Nothing her average family could actually afford. Her quest to make books for herself is actually a lot more interesting than I first thought. Honestly. Aside from a really engaging, interesting world, cool characters, the main character's quest to gain access to books again really took my interest! I don't want to say much about the end of Part 1, as I don't want to spoil too much, but I'm excited to read more, as it will get very real and even more dangerous for Myne, with the situation she finds herself in. The Characters At first, I actually didn't like Urano - who became Myne - all that much. Her rather selfish behavior towards her new family put me off a bit. But as she grew accustomed to her new family members, opened up to them and especially got a bit used to her new life, the new world, she became a lot more sympathetic for me. Reflecting on that, it's nice to see such improvements, as being selfish in such a situation isn't that unbelievable, I think. A lot more regular and believable than the way other MCs get used to it far too quick. There are also Urano's feelings about her being in the body of Myne, expressed in Volume 2 to the character Lutz. The way she deals with things, considering the sickly state of Myne's body, her feelings towards it, really show how dedicated and strong Urano as a person is. Her strength is believable, a very personal kind of strength, which made me really root for Myne! Another character I want to express my feelings about here is Lutz. A neighbour's boy supporting Myne and also supported by Myne. Allow me to describe him in a German word: Goldjunge! A really sweet boy, the same age as Myne. His supportive and friendly nature towards Myne makes him a great character, but it's not just that: He has dreams of his own and the will and strength to pursue it, even tho he has to go against the traditions/expectations of his family. A great friend and support for Myne, but who is very well his own character. The other characters generally show a praiseworthy level of depth which makes the engagement of all the characters with Myne really entertaining, as Myne in her dedication to books, can be quite naive. The Illustrations At last I want to comment a bit on the illustrations. They are really good actually. The artwork fits the tone of the LN and it's cute style is just heartwarming. Sugar! Scoring Taking everything into consideration, I would give Part 1 of Ascendance of a Bookworm 10 out of 10! 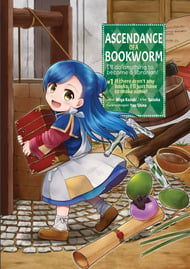 Ascendance of a Bookworm - Part 1 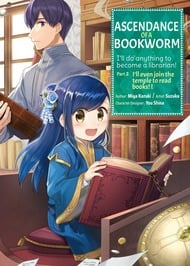 Ascendance of a Bookworm - Part 2 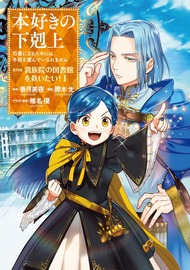 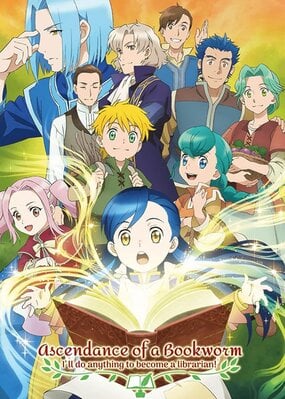 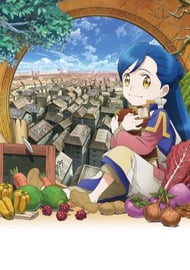 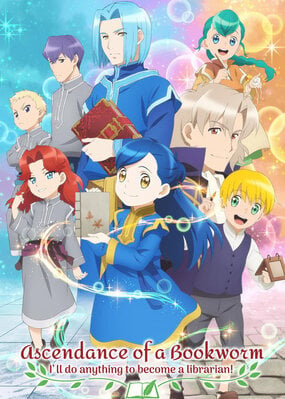 Ascendance of a Bookworm Recaps