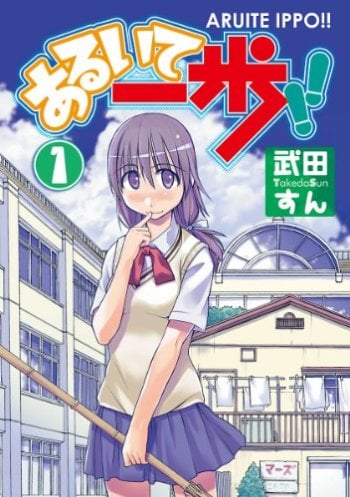 Natsume, who is living in a boarding house, goes to the same school as the daughter of the house, Kayo. Though they're friends, they have no romantic feelings, especially since Natsume is a total player and Kayo doesn't understand his attraction for the other girls. But there's a reason he acts like such a playboy; his parents' marriage isn't good, and he doesn't believe anyone would love him for more than a casual encounter.

Story about a salaryman who was going to get married soon but his bride runs away with another guy. His life sucks. He had to borrow a lot of money to buy a new house for his married life but ended up with nothing. Then his boss offered a solution: make his house into a girls' dormitory for female employees in the company. His new life begins here.

After breaking into Anzu Shinohara’s apartment and smashing his already broken keyboard, Hina Sakata quickly finds herself in his debt. As she works to pay him back, Hina finds out that Anzu is a vocalist in a band and becomes entranced, wanting to explore more of his unkown world. Will this unlikely couple last longer their fifteen seconds of fame?

It is the end of the Meiji Era. The genius poet Ishikawa Takuboku, who’s struggling financially, starts a detective business out of his lodging in response to a certain murder case. He calls it the Woodpecker Detective’s Office. "The ghosts of the Twelve-Story Tower in Asakusa," "the man-eating figure who wanders the streets on snowy nights"... Takuboku involves himself in one bizarre case after another with his hometown acquaintance, Kindaichi Kyosuke, as his assistant.