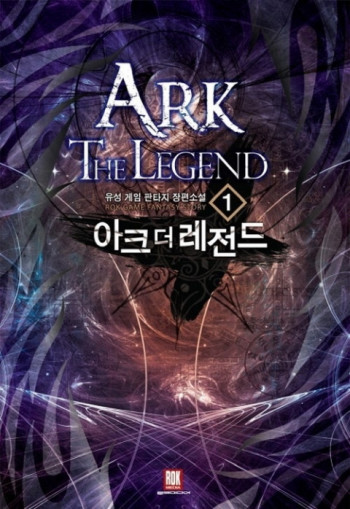 In the distant future, Earth is heavily affected by consecutive nuclear wars and humans are barely surviving under a shield protecting their few "Unions". Inside the Unions, people are classified from S to F based on their abilities, and live in residential zones that matches their classification. Our protagonist, Jung-min, was born as one of the 300,000 artificially-inseminated children created to prepare for the future of mankind. However, it turned out that he was aptitude-less and was banished to the F Zone, the most dangerous and outermost part of the Union. But everything changes on his first day of adulthood: Jung-min receives an advanced Virtual Reality capsule from his foster father for a game called "Beyond"...

The man forsaken by the world, the man a slave to money and the man known as the legendary God of War in the highly popular MMORPG Continent of Magic. With the coming of age, he decides to say goodbye, but the feeble attempt to earn a little something for his time and effort ripples into an effect none could ever have imagined. Through a series of coincidences, his legendary avatar is sold for 3.1 billion won, bringing great joy to him, only to plunge him into despair at losing almost all of it to vicious loan sharks. With revelation of money through gaming, he rises from the abyss with new found resolve and steps forward into the new age of games led by the first ever Virtual Reality MMORPG, Royal Road. This is the legend of Lee Hyun on his path to becoming Emperor with only his family loving heart, his boundless desire for money, his unexpected mind, his diligently forged body and the talent of hard work backing him.

Catching arrows, running up walls, crushing boulders and bending metal, these are but petty parlour tricks in the eyes of a true martial artist. But where can a martial artist stand in an era of material pursuit? Join Wang Yu, the greatest martial genius the world has ever seen, as he takes on the gaming world of REBIRTH, where dragons, demons and immortals are more than just legends.

In this spinoff of the bestselling Sword Art Online series, the ladies of SAO–Liz, Silica, and Leafa–go on their own grand adventure in a VRMMO without Kirito! Follow these plucky women as they live the springtime of youth to the fullest, meeting new people and taking center stage!

Jung Ian is a cafe owner with a dark past, who jumps into the world of virtual reality in order to protect his sister from any predators. However, things may not be as simple as he first believed them to be. Witness as he explores the lands of Elder Lord as an orc, a species labeled as the “game creator’s mistake”, defeating any and all before him!

Due to a mistake on his student’s part, a super Martial Artist had received a wrong class in an online game and had become a mage. He who was used to curbing violence with violence and using strength to subdue strength could only make the best out of his mistake. Taking on a new lease in life, he became a violent close combat mage. When strength and magic came perfectly together, a new gaming path had been opened by him!

In real life, Roto, Boromid and Ah-Dol are average kids with average problems, but in the virtual world of Lost Saga, they're heroes. They might even become legends... if they can stop bickering long enough to level up. Whether it's werewolves running rampant or a gorgeous pair of troublesome thieves, our boys must be ready for anything, because in Lost Saga nothing is what it seems and murder can happen with a click of a mouse.

Average means nothing to our young protagonist! Why be normal when you have the chance to become a real life superman! Follow Jiang Fei as he discovers a mysterious ring that allowed him to play a Hyper Realistic Immersive MMORPG call Dawn Break! As the thin line between game and reality is gradually blurred, Jiang Fei finds himself having to deal with the troubles that follow him everywhere he goes. This is a story revolving around a real-life cheat code! From zero to hero, follow Jiang Fei as his fascinating adventures unfold!