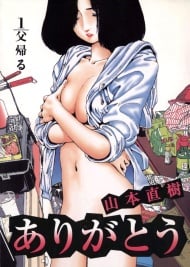 This is how a Japanese family's life goes wrong: an immoral protagonist, her sister who was gang raped before, her alcoholic mother who later devoted her life to a cult, and her father who lost favor with his company.

Basically this manga revolves around the suzuki household and their problems, the art is above average but just that , since most of the story is based on the same character they get quite fleshed out.Interesting take in society, some of the characters have sometimes a bit exagerated course of action but still overall i think it´s actually a good story