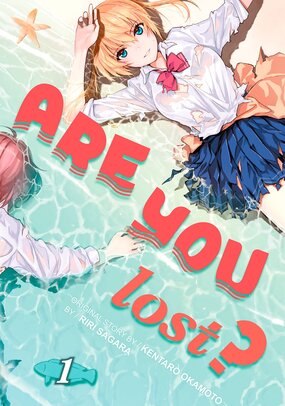 Because of a plane crash… starting today, we’re spending the springtime of our lives on a desert island!! There’s nothing here, so we have to make everything!! And eat everything!! (Ugh!) Check out our high school girl survival story of courage and knowledge. We’re actually doing pretty well!

678 users are tracking this. Log in to see stats.

This is basically The Breakfast Club except, you know...completely different. There's a Jock, a Nerd, a Preppie, and a...Survivalist who all become friends after circumstances force them together. It touches on the idea that if their plane had never crashed and, consequently, they had never been stranded on a deserted island, then these four girls wouldn't have ever associated with each other, since their social circles and interests differ. But honestly, that aspect of the manga is by no means a point of emphasis. The manga primarily functions as a Survival Manual set to a narrative. It's educational, offering guides on how to do various necessary tasks (like building shelter, sterilizing water, tying knots, etc.) and what types of things to watch out for if you ever need to live off the land, often presented as Homare the Survivalist teaching the other girls the skill in question. Many chapters involve the quest for food, and as they get more settled in, they're even able to try cooking dishes. The characters are almost entirely cute girls (barring Soji, who shows up infrequently). And I think this was done for a few reasons. First, cute girls are cute. Every story can be made better by having cute girls in it. Second, having all the characters be girls allows them to strip to their underwear and even bare skin with little to no shame. In other words, it allows for ecchi scenes. And finally, having cuties engaging in the grossities necessary for survival is funnier than having a gruff person doing those same activities. It has to do with shattering the purity of their cuteness. They've had to drink pee and saliva; eat insects, hermit crabs, and other things; stick their tongues in someone's butt to give fem an enema; poop on someone's hand so it can be lobbed in the water to distract some sharks; and probably other stuff that I'm forgetting. It's really cute how Homare will get excited about the strangest things. And how fe gives in to the unreasonable requests of Shion and others, for things which are more luxuries than necessities. But fe does it because fe's a great person. And later in the manga, because they've become feir friends. Fe's even willing to put femself in danger to help them out, going against feir father's teachings of always prioritizing feir safety above all else. Oh yea, I forgot to mention that Homare's father has an unlucky streak and both of them have ended up in similiar survival situations multiple times as fe was growing up. Feir father taught fem the skills necessary for surviving in any type of harsh environment with minimal resources, and we'll see short flashbacks to feir childhood periodically. The past ten or so chapters seem to have just been treading water, but it could be that I just read too many chapters in a row. This may be the type of manga where it's best to only read a couple chapters at a time rather than binging. Though chapters 73 and 74 made me excited for the girls' newest project, currently in its beginning stages. [Reviewed at chapter 74]

Story: The plot is just like the synopsis says, 4 cute high-schoolers happen to be in a plane crash and end up together in a deserted island, thankfully one of them Homura (the main character even if all 4 become pretty important) is a survival specialist and carries the others at the start. The story progresses nicely and doesn' get repetitive even after 66 chapters, it is generally light-hearted but with som nicely put heavy/scary moments. From a realist standpoint, they sure are really lucky sometimes but it's 100% believable.Art: The Art is really pretty weather they are shoving a girl's body or a dying animal. Nothing else to say really just go look at it and you'll see that it's good.Characters: At first the other 3 girls are kinda useless and bland but as the story progresses their personalities become better defined and we see their talent coming to light in different ways and they start to become useful, necessary even which is a nice touch.This manga is overall above-average and I read it all (66 chapters right now) in a row without being bored at any point. So, in the end, my suggestion is to read the first chapters, if you like good because it only gets better if you don't, well the overall feel of the work doesn't really change so it might not be for you. 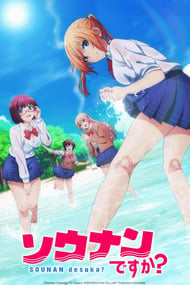