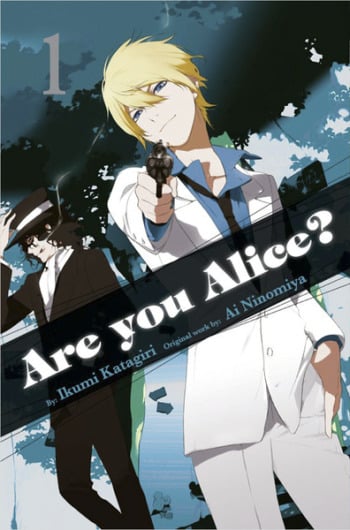 A disillusioned young man in search of "something" stumbles into the weird and wacky world of Wonderland, where, as "Alice," he is thrust into a murderous game of "Kill the White Rabbit" by command of the ruler of the land, the Queen of Hearts. But while Alice rails against the role that has been forced upon him, he has little choice but to comply. For in Wonderland, not sticking to the script can have deadly consequences...

Are You Alice? was one of the first "romantic" manga books I picked up on my own. However, I give the ol' qyuotes to romantic because despite the branding of it being a genre of shoujo (girl manga), it really isn't -so if you were hoping for some dokidoki moments or OTP feels, you won't get any in this manga. Nor anything really revolving on, erh, girl problems or something to that extent, lulz. That being stated, I was really glad it wasn't involving romance or girly manuevers :) relieved that this fresh Alice based story is INDEED new and refreshing from the other cliche one's I've read before. I will be honest here in this review and give every pro and con I can come up with as of today, May 5th. By now, the story is starting to reach it's climax so I cannot give a full review to a story that isn't "full" itself. Pros: -Interesting characters! Yes, the characters in Are You Alice? are completely unpredictable! If you thought the Alice in this story would be cute and innocent, ha, you're wrong. If you thought that perhaps Queen of Hearts was fat and shrilly, again, you're wrong. The author gave new faces and sides to each character that is not only unique, but for the better, different. I do not recommend reading this if you hoped the characters to have the same 'feel' as that of the original book. -EVERYTHING is unexpected. Yes, everything, from characters, discussions, deaths and revivals, settings, etc. If you hate one character in the start, you'll growe to love 'em, if you loved a character before, you might end up hating them. Those type of play son emotions are enjoyable for me for it won't appear as dreary when reading :D -Good comedy breaks. I love when an action (or serious in general) manga/anime has some laugh to it. There isn't some HAHAHA LOL CAN'T BREATHE bursts out of these chapters, but a slight giggle or mental laugh came from me, so that's that. -Plot is, of course, different! They captured a whole 'nother glimpse to an alternate Alice in Wonderland dimension of psychosis and child's imagination. In this world, Alice must kill the White Rabbit. And the only way that can be done is if the right Alice is found. After 88 Alice's, this story hasn't progressed much. That is why our young man, the new Alice takes it on a different toll -Art is simple, but unique and eye-catching. The layout of the manga is not hard to distinguish what's-so-ever. And above all, for me, the style is great and gives dark and pretty tones to what is trying to be conveyed within the story. I wonder how wonderful the art would look in full color! :) Cons: -Plot can be unending. What I mean is, it can repeat itself in a sense of purpose and inquiry. To put it flatly, take the Harry Potter series for example. In every book, probably once at start, once in the middle, and end, of each book comes Harry's statement of role (to defeat Voldemort). Same goes for this series. It's always, always, always restating the plot -Alice must kill the White Rabbit. Real Alice has to kill the WR to finish the story. The story must be finished with Alice. Etc, etc. -Dialogue can be a little bleak. Just like the plot's repitition^ comes the chats between characters that seem to repeat. It's slightly annoying when Alice, the main 'protagonist' keeps asking the same questions, and still never gets a clear answer. Just like Alice, it can irritate you, but I think that is the point to be expressed. Either way, there are so many questions in this book, I wanted to bang my head against a desk every coupple chapters, ugh! XD - Mystery in the story becomes unnerving, to say the same. For me, it was sometimes hard to determine which was a flashback, which was a revelation, and what was reality or not. Ha, but's to be expected coming from something off of Carrol's Alice in Wonderland! Still, and perhaps it was just me staying late at night reading these volumes, the whole story can be confusing and terribly bothersome as to what to believe.  --I may hate mystery, but I also hate it when there's dramatic irony of= the audience knows what is and isn't, while the character figures it out for themselves (ie: FMA's plot twists, such as Hughes's death). So that last con can depend on the person. This is a mystery manga after all, so why should I even count it as a con? *le shrug* To be fair, I only picked up this book because I was tired of other cliche Alice in Wonderland spin offs. I mean, a male Alice? I couldn't resist *^* ahahaha~! I really do enjoy this series though, and I can't wait to read the ending! I want to know how this lovely (Spoiler- fake, unborn brother to Alice) Alice ends the neverending story, just as everyone else in Wonderland hopes.  Hope my review helped convince you of reading c; It only took me a couple days to read it all so far, so it shouldn't be too much of a hassle to take up.  ***So, if tl;dr, to sum up: This manga is interesting and gives a new aspect to the book Alice In Wonderland (none of that Disney interpreted crap). It is very very confusing, and asks many questions than gives answers, but that is to be expected from it's genre. Characters are memorable, dialogue isn't, but it's worth a read anyway! Thanks for reading this lengthy review, and I hope "Are You Alice?" gives you the entertainment of a manga you're looking for :) ~Mother Russia/Triple-A-XD-XP 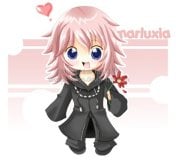 This is one of the better mangas i read. Starts confusing, continues confusing and if i am correct, it will end even more confusing. But i guess Wonderland is confusing by itself. Alice is kinda nice guy who wants to keep a hold of last thing that is his own. Kinda, it is how most people feel about what they love. I still dont get why they have to kill White Rabbit, but i guess it is because i didnt read original book...shame on me, i know 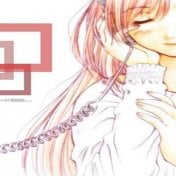 "Are You Alice" is an interesting manga,at first it looks like based on book ,,Alice in Wonderland" by Lewis Carroll, but on the second hand, it is more interpretation, than following of the book.    Young boy comes to Wonderland. One of the first thing that he sees is a parade. Wandering through crowd he bumps into the Cheashire Cat, who calls him...Alice and wants him to meet the Queen of Hearts. (Yeah, that's right - the Alice of this manga is a boy.)    This manga becomes complicated, when Regret appears and tries to kill Alice, but Mad Hatter saves his life and adventure begins... 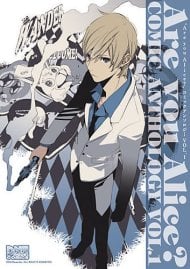 Are you Alice? Comic Anthology 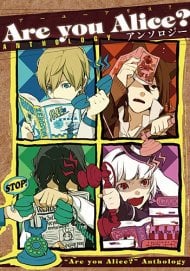 Are You Alice? Anthology