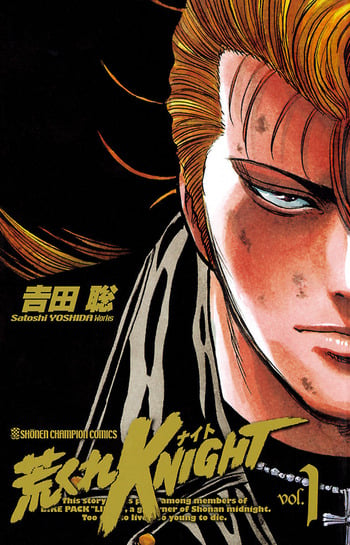 Sakura Hane has to ride her bicycle up several steep hills just to get to her new high school. As she is desperately pedaling, she sees and hears a motorcycle zoom past her and instantly falls in love with it. It turns out that bike was driven by her new classmate Amano Onsa, one badass girl who decided to attend this school because of one reason, there is no policy against motorcycles. Not only that, there is apparently a motorcycle club on campus. Hane and Onsa instantly become friends and she is able to convince Hane to start riding a bike. Now the only thing Hane has to do is get a license...

The story revolves around the lives of two rough-and-tumble high-school friends Kato Hiroshi and Nakama Toru, who seemed to make a habit of getting into trouble and starting up fights.