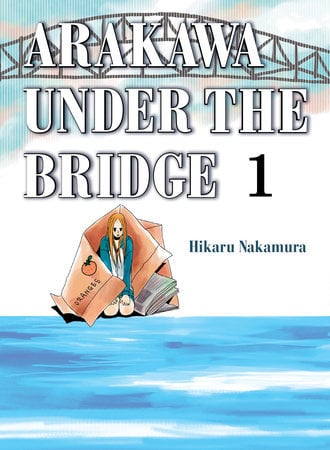 Kou Ichinomiya, a young man born with a silver spoon in his mouth and raised with the mantra “never owe anyone” suddenly finds himself deeply indebted to a young homeless woman, Nino, who lives on the Arakawa river bank and claims to originally be from the planet Venus. When Nino rejects all of Kou’s mundane offers of money or housing, Kou is at a loss for how to repay his debt, until Nino suddenly asks him to teach her about love. A daunting task, but the over-achieving Kou is determined to return Nino’s favor. And so begins Kou’s life under the bridge, along with a band of eccentric characters who have formed their own little community outside the boundaries of typical Tokyoite life…

Arakawa Under the Bridge is bizarre. The whole thing is like a manga version of a crackfic in that the plot is slightly intangible and at times seems to confuse rather than amuse. But it has its good points, I have to give it that: it’s made me laugh several times, and I began to like the characters once I kind of got into it. The flow of the story could have been far better, but considering what it is, I think it delivers what it sets out to deliver. The plot isn’t awful, but it’s far from great. I’ve lost count of the number of times I’ve wanted to give up on this manga despite getting some enjoyment out of it. Some parts of the story made zero sense to me, and were so hard to follow that they began to bore me. Scenes and arcs were dragged out, certain ongoing ideas or concepts came across as forced, and too much attention was taken away from the main setting and story. That being said, the general idea behind the story is pretty good, and even if it’s a little cliche sometimes, it makes for an interesting starting point. The first few chapters and pages honestly drew my attention and really encouraged me to keep going, and even though my interest in it was inconsistent, I have to give it credit for the occasional times I’d sit there and read about 40+ chapters in one go. These were usually the stand-alone chapters that revolved around one short event or joke, and were the parts I enjoyed the most. Other areas of the story were just not paced well (mainly being too slow - many arcs felt as though they dragged on quite a bit) but there is interest and enjoyment to be gotten out of this, so don’t get me wrong. Just don’t expect a masterpiece. One of the main issues is the sheer confusion. I’m not exactly the smartest person in the world, but for about 60% of the time I could not even make out what was going on, what the outcome was supposed to be, or the overall gist of the chapter/section of chapters. There’s very little explaining and it’s easy to find yourself feeling a bit lost even during the simplest of scenes. This is mostly what put me off: it’s not exactly terrible writing, but it’s a job to read, and I think easy reading is a very important trait when it comes to comedy. The characters are quite good. These guys are genuinely funny and different from any kinds of characters I have seen before (except the protagonist, who’s extremely bland and is kind of just there throughout). Each one has their own special traits and quirks. I looked forward to being introduced to each and every one of them, and I really wish their backgrounds and life stories had been explored in more depth because it would have made the story a lot more meaningful and intriguing. Why are these people the way they are? We know a few details, such as Hoshi wanting to be a musician and Sister’s obsession with war, but what about everybody else? Why does Nino believe she’s a Venusian? How did everybody get here in the first place? I can understand a few questions not being answered to leave room for speculation, but very little was explained, and I think the story would have been far more interesting if we could have learned all about these weird and wonderful people. I’m giving the characters a 6 because, despite the others being great, Rec truly was boring. He can be relatable at times, but he never grew on me. The art is impressive. It’s pleasing to the eye and very humorous in some parts. The Mayor’s facial expressions always managed to make me giggle, and the way the characters are drawn is very beautiful at times. The coloured pages at the beginning of each new volume are beautiful too, and really bring life to the story, even just for a second. The general design of the settings and characters is overall well done, and in some areas is even a little different from the art style I’ve seen in many other manga, particularly Nino’s design. I’d go as far as to argue that the aesthetics are one of its strongest points considering that the story wasn’t excellent. On the whole, it’s not really bad. Just not great. The plot was what made it suffer, and I think it had the potential to be a lot better. I actually prefer the animated version (although I’ve only seen the first season), because I found it a lot easier to follow. It’s a good laugh, but it’s not the type of thing that’ll get you really invested like a good, juicy story will. It’s got weirdness and the characters are full of originality, but this alone didn’t make it all that great for me. 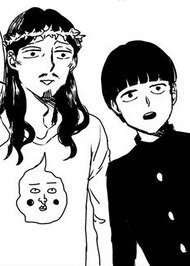 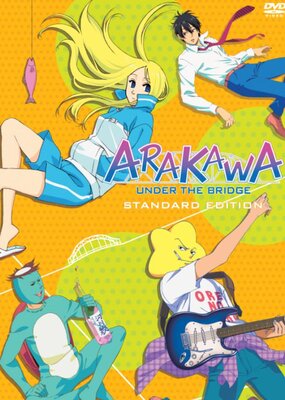 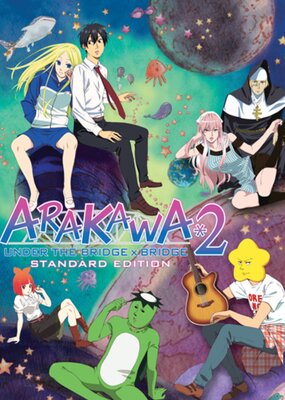