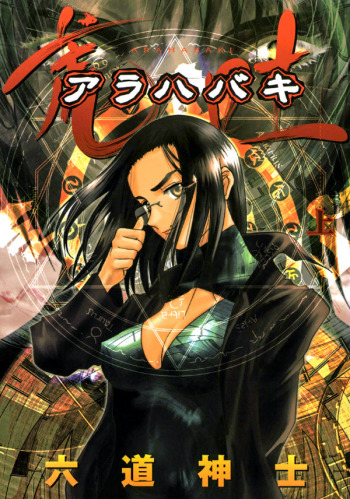 Seven years ago, Kakeru’s sister killed herself, leaving him alone. Now a teenager, Kakeru lives a quiet life with his friend Yuka and other classmates – but things change forever when he and Yuka are mysteriously transported to a frightening parallel world filled with monsters and a deep crimson sky. Though they manage to escape, Kakeru soon discovers that they aren’t alone; several other students at school also travel to the other dimension, and armed with powerful weapons they battle against its dark inhabitants. Why must they fight, and what is their purpose in the Red Night?

The war is over, and everyone is left with plenty of time on their hands in a peaceful country. That is,  until a small bundle of joy named Urutori brings up the motherly instincts of the ladies. All Karura wants is to quietly drink sake, but with an infant around, it seems that there is very little chance of that happening! Even Eruru can’t relax; after finding a strange man with a monkey in the storehouse, she is abducted, causing panic amongst her friends. Why was the gentle girl taken, and will she ever be found?

The second season of Our Last Crusade or the Rise of a New World.

After winning the Prime Mat martial arts tournament, Mao Lan is determined to live as a normal high school girl; but as always, trials and tribulations stand in her way. She’s tasked with training three new recruits who have a harrowed and painful past, and is often caught in the middle of their grudge-induced fights. In addition to school and normal school girl activities, Mao Lan is also considering entering the newest Prime Mat tournament. Can she once more fight her way to glory?

Embroiled in a hundred-year war, young Iska is sent to assassinate the Ice Calamity Witch, Aliceliese. Meant to murder each other, their initial encounter on the battleground creates doubt in their missions, but finding common ground together would make them traitors to their own countries. Though circumstances previously made them enemies, their now conflicted hearts may just make them lovers!