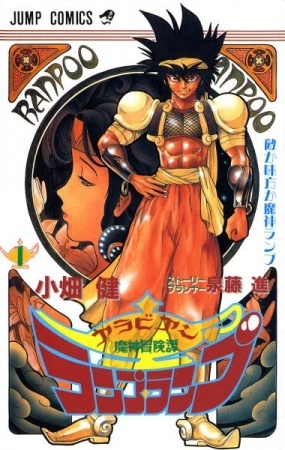 If you're looking for anime similar to Arabian Majin Boukentan Lamp Lamp, you might like these titles.

It’s been fifty long years, but the world’s favorite genie family is back. Now the queen-to-be Akubi must hone her genie skills by guiding one preteen toward his dream. The only problem is the magic of modern life and her royally embarrassing family.

This is the classic story of the young boy Aladdin who is tricked by and evil wizard to go inside the cave that holds a great treasure and there is an old lamp that he needs to bring to him. He meets the slave of the lamp and his and becomes the most famous kid in town and marries the princess Madral. the rest we know...

Equipped with a charm to mask his powers as a Magi, Aladdin arrives to Magnoshutatt to study magic, with another goal—to investigate the nation’s relation with the Al-Tharmen, the power behind the “Abnormalities of the World.” While training at the academy, Aladdin meets Titus Alexius, a prodigy from the Leam Empire, who also has the same charm as Aladdin’s. An all-new adventure big enough to change the world begins now.

A young boy finds a bottle in his attic with a genie who can be summoned by sneezing. Unfortunately, the genie isn't very good, and his wishes have a tendency to go wrong...

Thirty years before the events of Magi, a brave and handsome young man named Sinbad set sail and started his adventure. The future High King of Seven Seas gradually matured through various encounters and farewells, taking him towards kingship step by step.