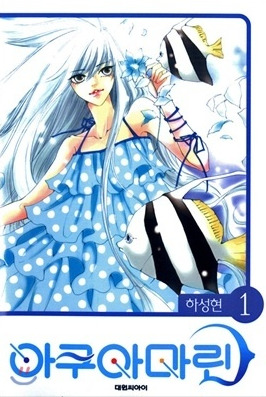 You Are My Everything

Yuh JinHeung is a late-bloomer who could only dream of finding herself in a shojou-manhwa-style love story. When she meets a stormy, romantic hottie, Eun BakHa, it seems like JinHeung's dreams could coming true.... Though there are many difficult challenges ahead, do your best, Yuh JinHeung! The world is on your side!

When Jin Shihyun is told by her father to pick up a guest from America at the airport, she rips down a poster of her enemy,(who is also her cousin) Seo Yu Jin's poster, she argues with a mysterious boy. To make things worse, the boy steps and break Shi-Hyun's new and expensive cell phone and runs away! Shi-Hyun chases the boy only to find out that he is the guest from America....

A teacher's pet and a model student, Young-Won Lee, at this important time right before the college entrance exam, feels her heart beating faster toward a delinquent... When she can't get a reasonable answer from books, she follows the philosophy that after being lovers for 3 months, the love hormone that confuses the lover disappears. Thus, she decides to show her interest to the delinquent!!

It all starts when she was 8. He was kind, and nice to her. Yeo Jin is now 17 years old, and she moved back from Busan to Seoul to meet her first love... but when she arrives he has completely changed...

I Will Be Cinderella

My father died when I was small, and my mother was a first-ranked maid, who left me in the charge of my grandparents. The last time I met her was when she was 36. Out of curiosity, I plunge into the world of maids. I wait on young master Rain, and study at the school for maids. And master Rain's brother... he is... what's my feeling for him anyway? Could it be love? And just you wait, I will be Cinderella.

The president of the huge family company DI-group is going to select his heir from among his four grandsons, that's why Ru Jin, Ru Ha, Ru Min and Ru Sung gathered together!! Of course, everyone has his own reasons to become the next president... So the survival game of this coveted seat in the executive suite is going to START!!

For the Mermaid Princess

The Mermaid Princess is the story of a girl with a gentle father, a whip-wielding nutjob of a mother, and four older sisters. When her family moves to a new house, Lee Suelbi discovers just how difficult it can be to balance family, friendships, and love.

Oath to Love and Passion

When love comes to town, the lives of four socially maladapted teens are turned upside down when rotating attractions, comedic misunderstandings, and general chaos forces them to reconsider everything they've ever known about relationships, trust, and the frailties of the human heart. Fortunately, none of them knew very much in the first place.

Lang-bee knows the value of money. After her mother runs a vitamin drug scam and goes on the lam, Lang-bee is alone to fend for herself. Lang-bee repays the people scammed by her mom with the money she makes working for her fellow students. When she pursues her love interest in Dan Won, the rich, emotional heir to a corporate empire, Lang-bee competes against Yuka Lee, her nemesis, in the chase. Who will he choose?