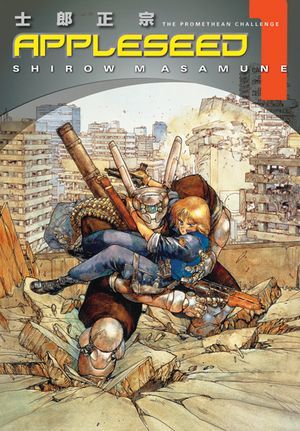 Joker is a cyborg who has superior strength, can absorb the DNA of any person by touch and regrow its body or part of it at will (hence Joker can be a male or a female). Joker belongs to a special troop of law enforcement: as cop, judge and executioner at the same time. Along with his/her lover, a police officer, they have dealt against criminals of every type.

The year is 2027, and robotic dreams of the past have turned into a present nightmare with artificial organs turning humans into machines, and advanced AI making androids more like people. With the boundaries of humanity and morality blurring, it's the inhumanity of modern crime that the Advanced Police have to face every day on the dark streets of MegaTokyo - everything from masochistic cyborgs to subway prostitute murders. Will the violence and corruption of the city be too much for new recruit Leon McNichol?