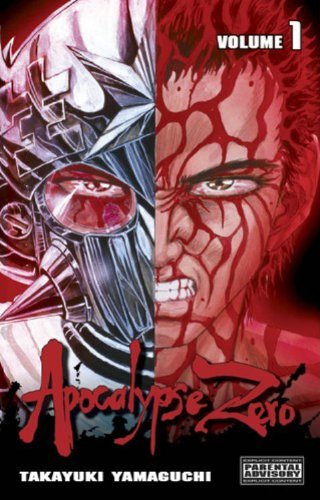 Escaping from a brother who had just ascended the throne, Yoshitsune, along with his servant, comes across a house in the middle of a desolate mountain. Oddly enough, only a young woman lives there, who seems to possess a very dark and ominous past. This long journey of more than a thousand years focuses on our main protagonist Kurou meeting a beautiful woman by the name of Kuromitsu, and begins a relationship which transcends life and memory. Kurozuka tells the tale of a journey undertaken by immortals, and those who chase after immortality. Many centuries in the future, after Kurou has been separated from Kuromitsu. Having lost almost all of his memories, Kurou seeks to understand why he cannot die, to rediscover his identity, and to find the woman that haunts his dreams.

28 July 2061 was an unlucky day for Raiji, in which he was falsely accused of being a groper on public transport. That evening, he joined his friends, Yuma and Osamu, to watch Halley's Comet. The comet appeared to arrive a few hours ahead of schedule, but it didn't just pass by in the night sky. Instead, there was a blinding flash, and all the people Raiji and his friends had been watching with vanished. Not only that, but the area around them was suddenly filled with nightmarish giant mushrooms and twisted human faces. In this new, violent world, the three of them will encounter dangers human and inhuman!

Ranmaru is young cop with a dark past. As one of the few survivors of a mindless slaughter in his apartment block, he joins a special unit called TOKKO to avenge his parents. On his first case, the already ghastly murder scene turns to one of terror, as the inhuman killers start to massacre the police. After being saved at the last minute by a secret unit named TOKKO who wield swords instead of guns, Ranmaru's mind is filled with questions and he is determined to find out the answers, no matter what it takes. What are these monsters, and why did they recognize him?

The creature standing on top of the evolution system aren't human, but a creature named as Majin.