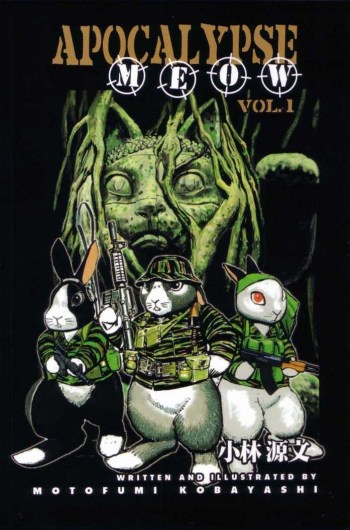 Rabbits are fighting in the Vietnam War?! That's right-the characters of this pseudo-historical account of Vietnam War are rabbits, cats, and other animals representing various nationalities involved in the war. It's the story of the life and adventures of the Special Operations unit lead by Sergeant "Perky" Perkins. The reader will experience and feel the danger and life or death excitement of the battlefield alongside Perky and his rabbits as they face terrible battles in the jungles of Vietnam. 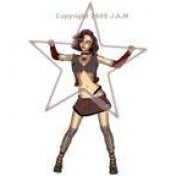 In the tradition of Maus I & II: A Survivor's Story, My Father Bleeds History (by Art Spiegelman, 1986) comes Apocalypse Meow (by Kobayashi Motofumi, 1998) - a manga about the Vietnamese war from the perspective of a small group of American soldiers portrayed as rabbits. At first, I just wanted to read something with as great a name as Apocalypse Meow.  After getting into the first 8 chapters, however, I would recommend this manga to teachers of American or World History.  Anyone interested in wartime history might also enjoy it.  I do have some issues with the characters - I think some more depth could be added to the three main bunnies.  I also believe the storyline lacks intensity at some crucial moments.  The art, however, is absolutely incredible.  Most strikingly similar to Spiegelman's "tail" (forgive my pun) is the use of animals to portray various values such as religion, politics, ethnicity, and country affiliation.  To get a feel of the manga, take Kobayashi Motofumi's character set: Rabbits = American troops Cats = Vietnamese Bears = Soviets Pandas = Chinese Chimps = JapanesePigs = French I'll start by explaining the cats.  They vary in their coats and shading.  Unless there is something one would otherwise notice in the colored version, they are all similar.  Those who have learned anything about the Vietnamese War (hereby termed "the war" for simplification) might recall that the Americans had difficulties distinguishing between friends and foes.  So long as one side or the other doesn't have collars with little bells so we can tell who's who, this is a brilliantly exemplifies the problems U.S. troops had in trying to face the enemy. The rabbits are actually quite a good choice for the Americans.  During the Cold War (scratch that... during most of the 20th century and beyond) the United States has focused on certain objectives in global policy - stopping "undesirable" ideas that don't have to do with democracy and capitalism and spreading these "values" as far and as fast as rabbits procreate.    (I'm not saying it's wrong, but I'm not saying it's right, either.)  In chapter 8, one rabbit (Bova, I think?) echoes the sentiments of many Americans by saying (paraphrased): "Why do they attack us?  Don't they realize we're here to help them?"  Perhaps they feel they are there to help, and perhaps that was the original intention.  But the road to Hell is often paved with good intentions, and sometimes American intentions are as helpful as rabbits in the World's garden. The U.S.S.R. and China are represented by animals that work well with their homeland. In addition to pandas representing the Chinese military, one also can take note of various defectors from the People's Republic as well as prospectors and semi-legitimate businessmen.Chimps as Japanese businessmen and scouts might be confusing to many, but I feel that Kobayashi Motofumi is putting Japan at the top of the evolutionary chain.  In the 1950s-60s, Japan, in accordance with the strictures placed upon them following WWII, turned the majority of their attention to business and industry.  They went from making the worst products on the market (pre-war) to the best.  Finally, the French in this case are equated to pigs, or rather, colonial "slobs" who did little but live off the work off the work of the native people.  Essentially, they are quite Orwellian/Animal Farm in their presentation. Others-Dogs = KoreansKangaroos/Koalas= AustraliansMice=British Well, I'm definitely going to finish this manga...not now since it's 3 am, but later today or tomorrow.  While it may not be the greatest, it has plenty of detail, lots of explanations, and loads of hidden meaning. 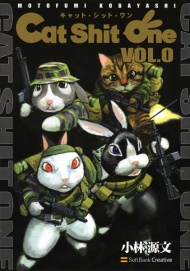 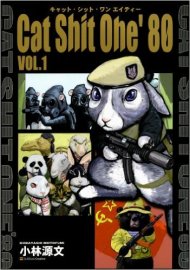 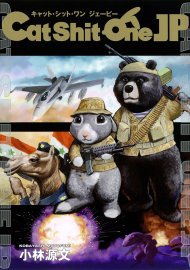 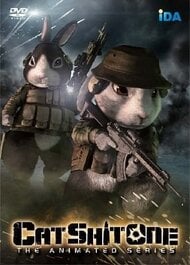