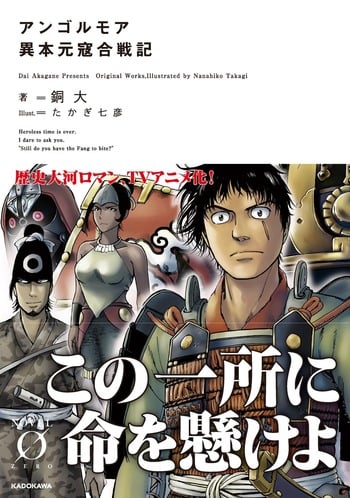 If you're looking for anime similar to Angolmois: Ihon Genkou Kassenki (Light Novel), you might like these titles.

An alternate retelling of the Pacific War during World War II, with Admiral Isoroku Yamamoto leading Japan to victory against the USA.

After successfully bombing Pearl Harbor, Momotaro over sees construction of a Japanese base with the help of his animal fleet along with some new recruits & volunteers. Their new mission is to attack the American troops occupying the island of Sulawesi.