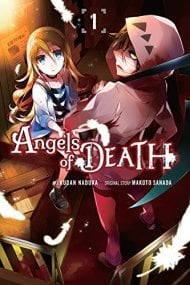 When Rachel Gardner wakes up in the basement of an unfamiliar building, she finds herself face-to-face with Zack, a serial killer wrapped from head to toe in bandages. Narrowly escaping his bloody scythe, she makes it to the next floor, where she meets a man named Danny who claims to be her doctor. Rachel breathes a sigh of relief, but she can't help noticing that Danny's got a strange look in his eyes...

SPOILER ALERT WARNING  AN EXTRA NOTICE: I'm making this review only on Volume 5 Chapter 19 AND have watched the anime. And I will do an update! PLEASE NOTE!  THIS REVIEW IS STRICTLY FOR MY OPINION, FOR BOTH MY AND YOUR ENTERTAINMENT, AND FOR THOSE WISHING TO KNOW OF THIS IS FOR THEM!  THANK YOU!  Story: The story is about the female protagonist, Rachel "Ray" Gardner and the male deuteragonist, Isaac "Zack" Foster. Ray wakes up on floor B7 (wish I personally think stands for "Basement, floor 7), the bottom floor of a hospital; she then reads a note before going to an elevator that only goes up, giving her note, she's down. She enters floor B6 where she meets psychopath (typically, a sociopath) serial killer Zack. After running into her "doctor" Daniel "Danny" Dickens, Ray becomes emotionless and has a desire to die. Zack then becomes a "sacrifice" with Ray after killing Danny because of his happiness. They later make a promise that if she helps him escape, he'll kill her. At the end, they escape, Zack is arrested, Ray is in therapy and there is believed to have an open-ending where you choose their ending. (Of course this may be different in the manga) My personal opinion is, this is not what I was expecting. I'm usually not a fan of horror but this has more humor than anything and that draws my attention. I personally think Zack eventually seen Ray more than his way out and grew some kind of feelings for her (I worded that for Shippers and the Zachel haters XD). And since he never said when he would kill her, I believe he somehow escaped prison and they live a human life married! (I've heard that the creator says they're alive!?) Art: The art is beautiful! Occasionally, the start of the chapter will have a couple colored panels. The design of each character, action, ect is very well thought out and designed. And art seems to be something I look for and pay attention to. This is to both the mange and anime too. They seem to be colored pretty similar and designed too. I love the color combination in the characters (like Ray's eyes and Zack's... everything?) My personal opinion is basically the same as above. Characters: One thing I love is good characteristics, characters in general. Ray reminds me of a Diabolik Lovers Yui Komori but with more uh, personality? Ray is the protagonist of the story, the most important. We see her go through an emotionless phrase where she seems to care about nothing but dying. We see a raw development, because of her desire to die only by Zack's hands, she does prevent him from dying or being killed. And because of her no emotionness and obviously has no experience or understanding of emotions, I'm not sure if she did it all out of an odd desire or if there was something behind the desire (wink wink). Zack has the most and probably the best development I've ever seen! He went from a kill happy, doesn't care about anyone guy to, well, someone who shielded his blade and cared for Ray. Again, of it's out of sheer desire or out of a feeling he notice experienced or understand either, I don't know. He seemed to care for her in some of kind of way, and many of us probably hope it's a more romantic way.  My personal opinion is based above but I'll add some notes. Again, Ray has more personality than Yui Komori because she had more sass in my opinion, even if she basically is letting herself be killed like Yui, it wasn't to just anyone so she knew how to stand up for herself. She did have a messed up mind but (this is what strongly supports my theory) she did a little bit better, maybe? Zack, is my favorite character out of this entire fandom. Like I said above, the fact that Ray was messed up helps support my ship. Because she was messed up in the head, she tried to shoot Zack and make him hers! And, instead of stopping her or ending everything at any moment, he helped her! He did so much for her! And that's why I think he likes her and she likes him and my ship sails but most importantly, he had the best development! Yet again, it could be different by the end of the manga Overall: This is probably my favorite manga I've read. Even if you don't like horror, I highly think you should read manga and watch the anime! 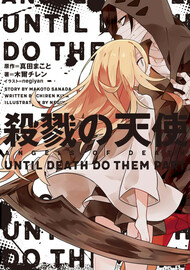 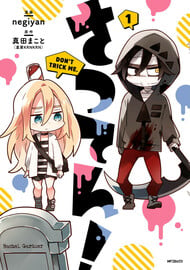 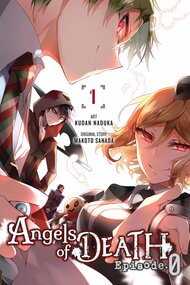 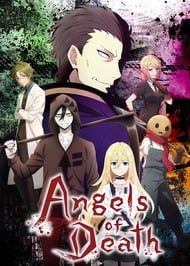 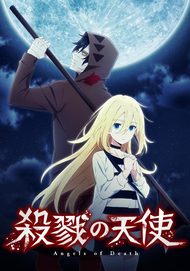