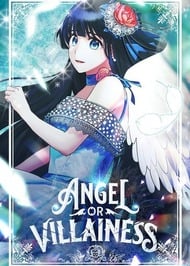 My best friend betrayed me! Born from a low-ranking noble family, Angela grew to be renowned for her beauty and grace, becoming the prized angel of society, all with my enthusiastic support. Yet beneath that glitz and polish, she was simply... evil. She used me and had me killed out of sheer spite in her quest to become the empire’s greatest woman. But unlucky for her, a magical gift from a dragon has given me a second chance at life. No longer blinded by her light, I’ll do all I can to stop her!

Once Upon a Time, the main character loved a lower arisocratic woman who was a family friend, almost like a sister to her.  She thought she was beautiful inside and out, and wanted her to be happy, would have given anything for it.  Only to find out in the end that that beautiful girl was only pretty on the outside, and on the inside was despicable.  Having taken the MC's kindness as 'demeaning pity' she took advantage of it ruthlessly to make her way to being a princess by marriage.  As the cherry on top, she also accused the MC and her family of high treason, which she didn't even have to do to become the princess... she did it out of pure, loathesome spite.  Despite the MC's family taking her in when her father died, tsk. tsk.  Forced to the gallows, the MC finds out her necklace is super duper special magical and she can make a single wish on it~ yay~ that's definitely not cliche at all, but whatever.  Boop- time travel.  Which is where the real story begins and the MC's quest for revenge starts.  If nothing else, I do like the subtle revenge route, of the MC slowly showing everyone the true colors of the antagonist and manipulating people to be on her (the MC's) side instead of stupidly bullying the antagonist and getting caught, but that's about it.    The story is short and rather rushed, like the author was making sure to cram all of their story into as few chapters as they could.  It's also very cliche, as there are plenty of time-travel-revenge cookie-cutter stories out there with similar characters (oh look, its the maid that's secretly also an assassin, oh look, the father who doesn't care actually cares a lot and just has trouble expressing his emotions bc he's a man, oh look, you get my point.) only this cliche story doesn't even have the best art to go with all that, lol. No, actually, hear me out here (mini art rant, you don't have to read this unless you're like 'why is the art score so low???') You can get art programs with 3D drawing models to help you with poses pretty cheaply and I recognize these models from CSP, sometimes straight up with the default expressions you can 'stick' on their faces, I really think the artist literally took the 3D models and edited them to be their characters, and barely shaded them after posing them, using a filter.  Like, you can tell, okay?  If you're an artist, you can really, really tell what's copy-pasted and what's actually freehand.  They made use of blur tools and various filters but I doubt they can actually draw at all and it really, really bothers me.  I think people who aren't even artists would be able to tell, if they actually looked at the panels.  Flippin fraud is what it is.  Clunky and lazy and unfinished.  That is NOT what those models are meant for!!! Ugh!  (Sorry about the rant) Overall, the manhwa is a bit below average in my opinion, but it's not the worst read by a long shot.

I had already read the novel, but even so this adaptation did not expect it this way. I feel like she missed crucial parts and important details of the novel, yet it is still too early to judge her in that area. The story itself is quite cliche, we've already read the same formula thousands of times, but even so the way in which the characters and their relationships are worked seems appropriate. Perhaps what is missing is a little more difficulty for the protagonist, but even so in general aspects it is still an entertaining work to read. About art, I will simply say that I was quite disappointed, it was not what I expected. I hope it improves throughout the story. (I'm sorry if there's any problem,  English isn't  my first language)

The art hurts my eyes, the story itself brings nothing new to the table it's basically soap opera for tweens