An S and M Relationship - Recommendations 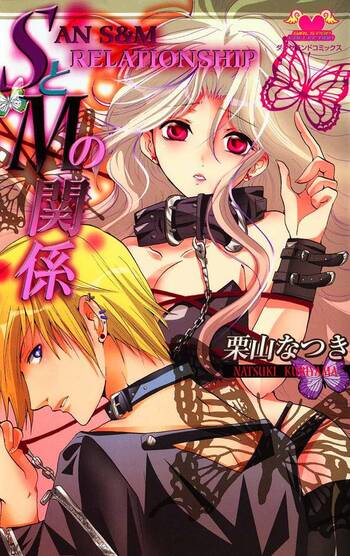 If you're looking for manga similar to An S and M Relationship, you might like these titles.

How To Make A Dominant Boyfriend

I've had my fair share of bad guys. Thank god my new boyfriend's so nice! He's so gentle and kind and he treats me like a princess. I was sure sex with him'd be so tender... But once we actually did it, it just wasn't enough...! I want to be his princess, but I also want him to be rough in bed!

Toru Miyama is the king of all hosts in Kabukicho, and not only does he have drop-dead looks, but he can also read people's minds. On his day off, he happens to bump into Mizuki Hikawa, a stunning male model that he secretly adores. Toru decides to read Mizuki's thoughts, and he finds out that he's really into S&M! It's clear-cut that Mizuki wants to dominate Toru, but getting into S&M isn't as simple as he thinks. Mizuki only desires a partner that's truly into it, and he's willing to put Toru to the test to find out if he makes the cut!

A business trip on Christmas together with my boss who I have a crush on, alone together in a hotel room... A tantalizing relationship between a sadisitic wolf and a naive little kitty begins.

The three of us were always together... Until the day we graduated, when I turned down his affections. But it turns out, behind my back they were...

A super-M asks an S&M show player to have sex with him, but the player doesn't count himself as an S. But he isn't giving up.

Ninomiya is a hospital doctor for Shiondo, an unruly patient. He keeps doing his best to fend off Shiondo's amorous advances, but how long can he hold out?

A person keeps a "human cat" called Yui at his place. When Yui disobeys, there are consequences...