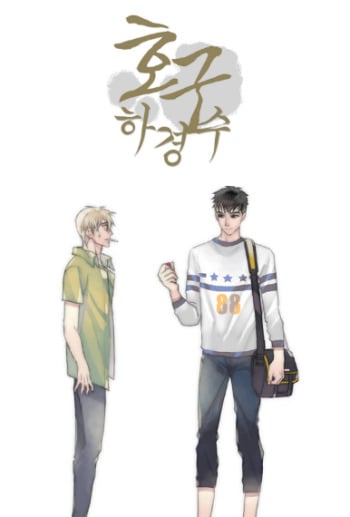 Kyung-soo's spent the past three years trying to forget about one traumatic night. It isn't until he meets Dong-hyuk that he gets a full night's sleep. One night without the nightmare of being tied down by a room full of men under the watchful eyes of Yule.

Well, this story is not for people who prefers love romance as well as intimacy. It has no central storyline. Basically, the whole story is based on rape and abuse. The most upsetting part is that it is going in a direction where the victim will be together with the one who humiliated him. Sensitive readers please avoid this comic. I won't blame the author but somewhere i feel such stories do spread negative impression. Anyway, i shouldn't judge on anyone's thought but this story is definitely not my cup of tea so i m quitting here..

First of all. I didn't finish this manhwa, so anyone who read it may think it was because I didn't followed the story.  This story it's not different from many of the japanese ones of this genre. So if you liked them, go ahead, but if you don't... well, I'm just giving my opnion for you to consider it.  As for the art, I like the design of the caracters, specially their eyes. I'm reading another recent work of this artist and saw this at "other author's works", that's why I tried this one. So yeah, it's a nice art. **May contain spoilers** Dropped this at chapter 12, yeah, mostly because of the ****** scenes. But wait.  The first chapters gave me good and cute vibes. I thought he'd be able to overcome that trauma and deal with that horrible part of his past, so I kept on reading it. Then in that chapter, right when I still thought it wouldn't be bad to continue my reading even though I don't like that kind of story, I saw that it was going to keep going on with that kind of relationship for a long amount of chapters (I guessed), I dropped it. Particularly I don't like reading toxic relationships, not because I'm a blindfolded person and don't think those kind of circunstances can actually happen in real life, but because I'm of the thought of stopping romantizasing those kind of relationships.