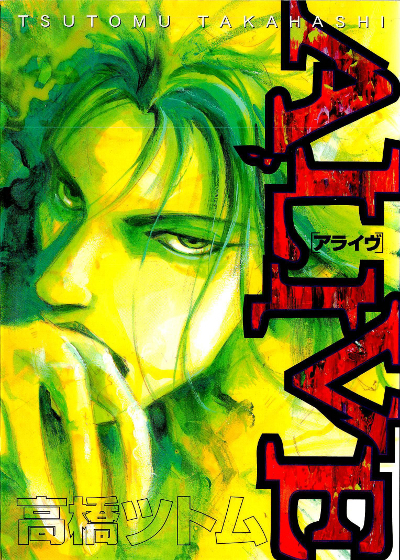 I honestly cannot believe I wasted my precious time reading the whole manga. I just felt there was going to be at least something big that you wouldn't expect with the main character. Of course it ended up a rushed wasted potential. So frigging disappointing man 😞

The story is about freedom and isolation, humanity and monstrosity, innocence and evil. The plot is not really complex, but touches some interesting points about what makes you human and what draws the line to the moment you can stop being treated as such. And that moment can be the one you actually follow the most basic human instincts. So what's human? Killing or punishing the killer? Is living worth in a cage? Has death meaning when is decided by others? What's more monstrous, the actual monster that makes humans follow their most primal instincts, or humanity that punish those instincts with inhuman treatments?

I like this kind of art in manga. There are few characters and the story is short, so we follow mainly Yashiro. I think he's well done, given the short time we have with him.

At War on Halloween MM

I truly don't know where to start with this one. It wasn't outstanding, but it also wasn't bad. Pretty good for a one volume work though, which is a plus. Has a good premise and deals with inmates saved from death, isolation and comfort within said isolation. And a deal with the devil, but that's what you get when some mysterious saviour gives you a choice of death or coming with them.

So, good premise and it delivers. After the introduction of the girl, things get dicey and more interesting and once the second half kicks in, it takes a turn for the odd. It's... certainly not what I expected and veers off the premise but, it fits with the overall theme and reaches a satisfying conclusion. You aren't getting much more than that, can't be spoiling the second half of the plot and all.

The looks wouldn't hamper your enjoyment and still, one volume work. Keeps the cast small, we know the basics and it does well by them, despite there being no clear good guy. But the themes, they're there. Morality plays a good part in it, we get to learn more about the murders of Yashiro and by the end, most of your questions should be answered.

This one was tough to write, hence the lack of scores. This is for all you psychological-genre fans, those who enjoy the more serious stuff and a hint of survival. It's actually a quick read so anybody else, feel free to give it a whirl. It may not be a whirlwind tour-de-force but it's a good way to spend an hour.