Alien in My Wardrobe - Reviews 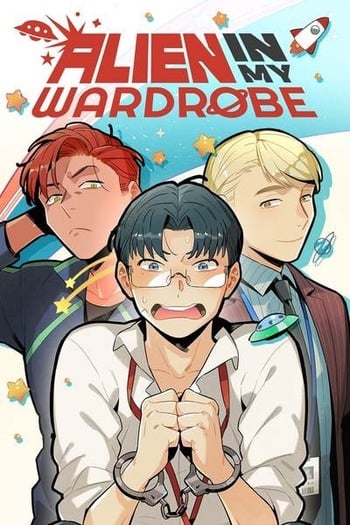 A super cute story where the characters actually solve misunderstandings like a normal adult. Some parts are kinda predictable, but some aren't. Lotus won't tell Haesung any about his planet or alien-related stuff, so it leaves the reader in the dark as well. Still great overall, and I recommend.

I always laughed at side characters such as the twins for saying silly stuff about Lotus and Haesung. I actually wish they could gotten more screen time with the pair of boys cause they would give you a chuckle or two every time they appeared x)

The scenes were good, story was very good and all characters were quite good so above all, this whole Yaoi manhwa is worth the read folks!

The plot was fine and the romance conflict was great and it kept me at the edge of my chair! The art style was just immaculate. Though I wish there were more relevant characters and the main problem was solved quicker than I would have liked it to be overall it was great bl. 9/10