Alt title: Heart no Kuni no Alice: My Fanatic Rabbit 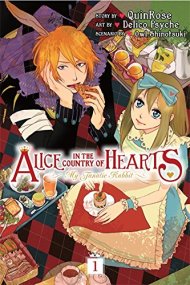 984 users are tracking this. Log in to see stats.

So, this manga is kind of interesting for me.  You see, last August I went to Barnes and Noble and bought a ton of manga for my friends, only buying one copy of Kingdom Hearts Final Mix for myself, and leaving the rest for birthday parties.  Now this was not the only Alice manga I bought, I also bought another part of the series with the intention of giving all three volumes(two of which were Alice in the Country of Hearts - My Fanatic Rabbit) for my best friend as a birthday present.  Anyway, after buying all that manga and entering my cluttered room I began packing up my presents for my friends(I'll use their fanfiction names for thier own privacy): Sailor V for CrazyBeverly96, Black Butler for Elizabeth1315, and of course one of the Alice books for Cloudywingless.  You see, my room looks like an atom bomb of books and stuffed animals exploded in it.  To quote another friend "Wow, Pika, you have a lot of stuff in your room."  So I thought that I had given away all of my manga that I needed to, and the two volumes of Alice in the Country of Hearts - My Fanatic Rabbit ended up buried underneath piles of stuff for several months, my best friends birthday coming and going in the process.  Well, just yesterday morning I was cleaning out my room and I discovered the two volumes and finally sat down and read them.  All I have to say is I am so so sorry Cloudywingless!  I meant to give these to you. XD  Oh well... Story(6/10): Fairytales are commonly parodied and revisted in today's pop culture, especially in anime.  I love these spin-offs of the original story which commonly have the tendency to take a completely different view on it, sometimes a much darker one, so that it can be transformed into a masterpiece in its own right.  That being said, I never thought to connect the mafia with Alice in Wonderland.  Actually, when I started reading this I would have never guessed the mafia would be involved in general.  Needless to say, it's an odd twist in the tale, especially with Alice living in the mansion of the mad hatter and falling for the march hare.  Oh, I should probably explain that the animals/cards/other various creatures are turned into humans.  Kind of.  The march hare, Elliot, and the white rabbit, Peter, have bunny ears.(Adorable ones, I might add)  Though, we'll get to those two later. Anyway, with the underlying mafia aspect there is a bit of blood but nothing incredibly graphic.  The only one time when there is a bit of omg, wtf blood is in a certain scene involving Elliot later on.(Poor Elliot...)  So: The mad hatter, the march hare, and Tweedle Dee and Tweedle Dum are all in a mafia.  It's a bit strange honestly. The relationship between Alice and Elliot is actually incredibly adorable, and the love triangle between Alice, Elliot, and Peter is done pretty well.  Both of them want her to be happy, and the story itself makes the reader wonder whether or not she belongs with either of them(Though you're probably rooting for Elliot. XD)  The subplot is done quite well. The story is interesting and for the most part quite intriguing.  Alice even has to chose between staying with Elliot or returning to the real world.  It's a good story, but it needs to be expanded.  Things feel a bit rushed, especially in the first volume. Art(9/10): The art style is quite nice, and the cover art is bright and detailed.  Character designs are fitting and good for everyone.  I particularly liked the design of the queen of hearts.  The backgrounds were nice and detailed.  Where chibis were used, they were nice and well detailed.   The only problem I had was that there were several points when it was a bit hard to tell who was speaking in a few of the scenes, but it was alright and it didn't happen too often. Characters(8/10): For the most part, they're pretty well done.  Here's a description of a few: Alice: Somewhat sarcastic, but still a very curious and innocent character.  She's very true to the source material. Elliot(March Hare):  He's an adorable yet dark character.  He's  sweet nature is apparent, yet he has another side as the right hand man of the head of the mafia and a hit man.  Surprisingly, his character is well organized and it doesn't feel like the two sides of him are completely disconnected from one another. Blood(The mad hatter): He reminds me fo Akhito Sohma.  He is calm and controlling, yet he also has a lighter side which occassionally comes out.  He is also quite well done. Yeah, I can't give too much away.  Read the rest for yourself! OverallI(7/10): It's a sweet rendition of Alice in Wonderland.  It's well done.  If you're going to read it for nothing else but Alice and Elliot's relationship, read it for its sweetness.  It's a very good manga that just ended too quickly. PS. I'm so so so so sorry!  I won't forget to give you your manga next year! 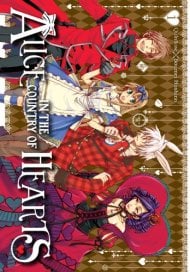 Alice in the Country of Hearts 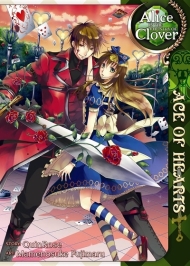 Alice in the Country of Clover: Ace of Hearts 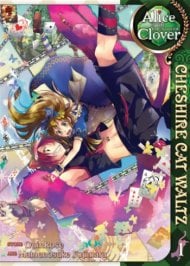 Alice in the Country of Clover: Cheshire Cat Waltz 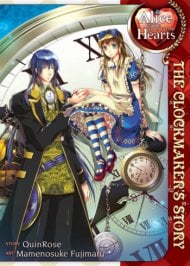 Alice in the Country of Hearts: The Clockmaker's Story 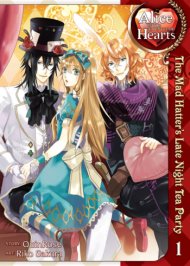 Alice in the Country of Hearts: The Mad Hatter's Late Night Tea Party 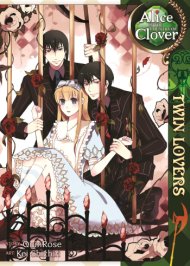 Alice In The Country of Clover: Twin Lovers 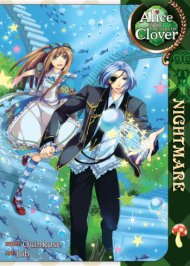 Alice in the Country of Clover: Nightmare 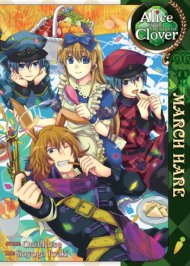 Alice in the Country of Clover: March Hare 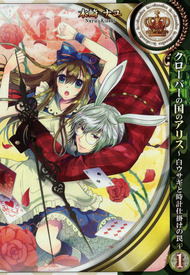 Alice in the Country of Clover: The White Rabbit and the Clockwork Trap 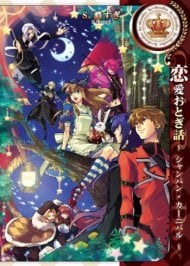 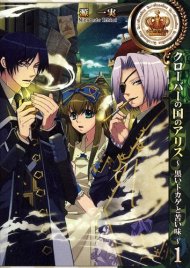 Alice in the Country of Clover: Black Lizard and Bitter Taste 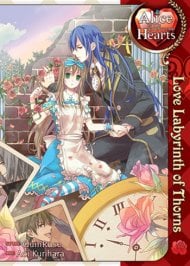 Alice in the Country of Hearts: Love Labyrinth of Thorns 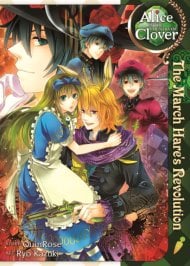 Alice in the Country of Clover: The March Hare's Revolution 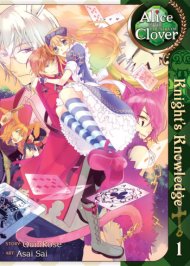 Alice in the Country of Clover: Knight's Knowledge 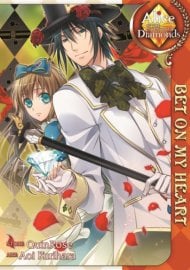 Alice in the Country of Diamonds: Bet On My Heart (Light Novel) 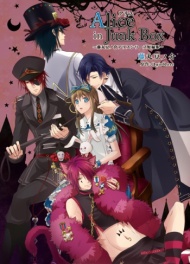 Alice in the Country of Hearts: Junk Box 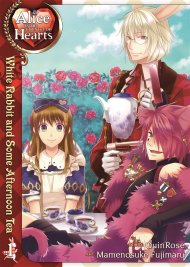 Alice in the Country of Hearts: White Rabbit and Some Afternoon Tea 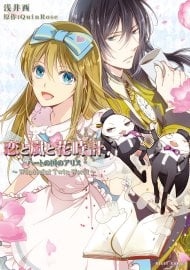 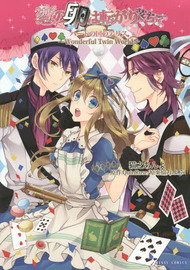 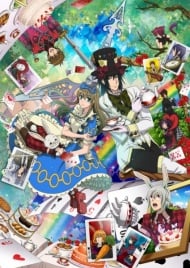 Alice in the Country of Hearts: Wonderful Wonder World