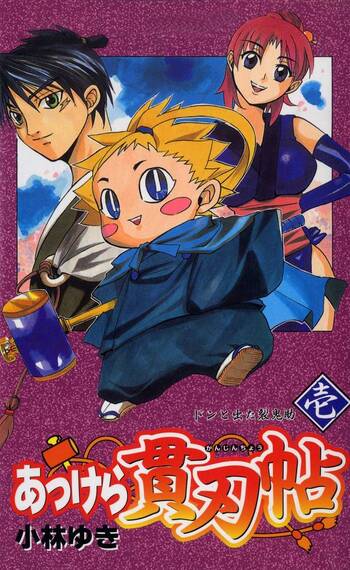 As the last of his people, Siegfried will stop at nothing until he becomes a legendary knight whose story will last eternity. If his legend lives on forever, then so will the memory of his people...and that is his sole reason for going on.

Ryouma is always ready to defend the weak and fight for honor, but that doesn't help you get the girl. Caught in the middle of a fight between gods, Ryouma was found worthy and become one with the Warrior King of the Southern Skies. Now NOTHING makes sense, as he has to juggle his high school studies and epic battles that shake Heaven and Earth.

A girl with strong powers ventures out to see the world.

Jiro Manabe hasn't seen his parents since he was a child. He doesn't know what to expect, except that his mother is Turkish and his Japanese father mysteriously disappeared when he was almost too young to remember. When a stranger appears who can take Jiro to his mother, the mysteries that Jiro has come to solve only grow deeper. Is a drug-addled belly dancer Jiro's mother? Why and where did Jiro's father go? And perhaps most importantly, why are army troops trying to gun them down?

Ryusei is the boss of a biker's group but he has to leave Japan to find money to cure his ill sister. When he will return he will discover that his group is now in close relationship with Yakuza and he will do everything he can to solve this problems.

Hyudra, living water that attacks moving humans. A thousand years ago, a large war had ravaged the land and turned most of the world into desert, driving humans to hunt Hyudra for water. In total, there exist eight deserts. The story focuses on Mao as he heads to the phantom ninth desert to find his father.

Ordinary high school student Satoru Ikaruga, while he doesn't look like it, happens to be a genius vehicle user, kinda like a MacGyver of vehicles. And he's extremely good with all vehicles like jet skis, trucks, fighter planes and helicopters. If you can name the vehicle, he knows how to work it. Ikaruga works as a vehicle expert for a multinational specialist organization called the Almighty Support Enterprises (ASE) while trying to maintain his high school life as much as possible.

A new turn begins! At the Euro League’s VF2 category, despite his brilliant play, fighter Toshiki Kai gets booed for winning the championship. Meanwhile, an underground organization grows tried of the undefeated champion of underground battles, Olivier Gaillard, and plots his downfall. The Flame of Apocalypse and Blue Flame are set to clash once again!