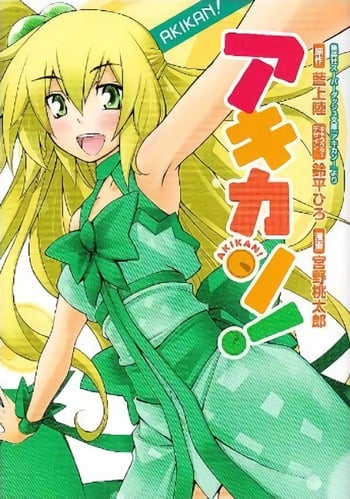 For three years Akira has been saving up for a computer. When a model 9821 goes on sale he runs to the store only to find it sold out in five minutes. Discouraged, walking home he discovers a man in an alley who happens to have the computer he was looking for. Excited, he buys the computer and runs home only to find that he didn’t purchase a 9821 but a 2198, a super advanced biomechanical computer girl named Mimi.

Welcome to the town of Lindworm, where humans and monsters coexist and rookie doctor Glenn carries out some…risqué medical examinations! Whether probing deep into the gills of a mermaid, suturing the thigh of a flesh golem, helping a harpy lay an egg, or palpating each and every scale of a dragon… No matter how different their looks, bodies, and properties, Glenn devotes his all to saving them—and, in the process, winds up in some pretty dangerous liaisons…? But don’t worry—it’s all just a part of his medical exams!

Tenchi Masaki lives a quiet life helping his grandfather at the temple. Quiet, that is, until he accidentally unleashes a strange and beautiful space pirate from her 700-year-old prison. Things rapidly get worse for Tenchi when the royal princess Ayeka, cute Sasami, ditzy galaxy police agent Mihoshi and scientifically insane Washu crash land in his back garden to join the mayhem. Will Tenchi be able to shake off the unwanted romantic advances of these women, and what secret does his history hold?

While visiting the legendary Tattoon tribe, high school delinquent Hideo's mother traded her son's hand in marriage for the ability to continue her research -- unbenounced to Hideo, of course! To him, women are self centered, indulgent, and the source of all troubles, which makes meeting the eager to please Nima all the more unappealing. Now, with Nima and class president Fujimatsu both after his love, and new enemies arising from the woodwork, will Hideo live long enough to fight another day?