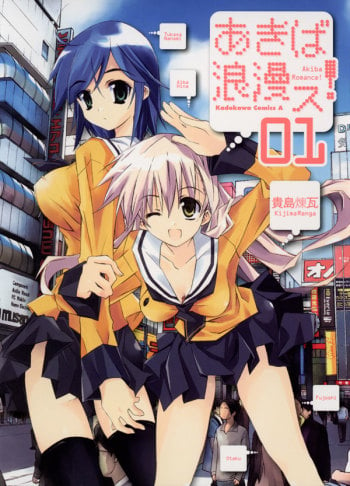 A year has passed since the day Kyousuke discovered his little sister’s eroge stash and was forced to enter her deviant, secretive world against his wishes! Now, Kirino has just returned from America and is treating her brother as poorly as ever, but old habits don’t die easily and soon, Kirino once more decides to make Kyousuke an essential part of her life. Whether it's helping her buy a mountain of anime and dating sims, trying to convince Kirino to prioritize her friend over a dating sim character or helping with getting a persistent modeling agent off her back, if it's for his little sister, Kyousuke will give his all!

The anime and cosplay-loving Sakura Nankyoku – known by her peers as Penguin at her old school – has just moved to a new location. After suddenly becoming student council president, she finds herself in the middle of many bizarre and ecchi situations. Panties fly, transformations are plentiful and the day is never dull in the life of Sakura, her third-grade sister Kaede, her tomboy rival Kujira, Cha Chi from China (who wants nothing more than to be Kujira's "boyfriend"), and more!

Watamote: No Matter How I Look at It, It's You Guys' Fault I'm Not Popular! OVA