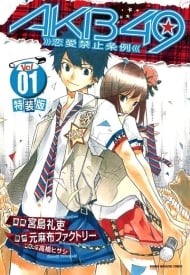 Urakawa Minoru crossdresses as a girl to participate in a female idol group audition (AKB48). The main objective is to help the girl he likes, Yoshinaga Hiroko, pass the audition. Yoshinaga Hiroko's dream is to become like her favorite idol who is in the AKB48 group. This audition happens to be her final try, so Minoru crossdresses as Minori and took part in the audition to make sure she realizes her dream. Hiroko got qualified eventually, however, the shocking news was Minoru was qualified as well. Thus, the road to becoming a female idol begins...

This manga makes me all giddy and fluttery inside. In the first few storylines, the impetus is Akimoto creating challenges for the idols which they must overcome (ch. 1-69). Then we get challenges stemming from Maya's rivalry with them (ch. 70-98). Within the main challenges, we get subplots and side-drama, which are usually pretty engaging. Chapter 100 or so is a turning point in the manga. Up to that point, Minoru and Yoshinaga had been trying to prove themselves as idols (and it was very intense and great and I loved it). And after that point, they are just trying to accumulate more fans and fame. Now don't get me wrong, there are still quite a few engaging plotlines after this, but the intensity of the story overall is just lesser. A decent-sized chunk of this latter part of the manga involves the Concurrent Team--which is made up of Minoru, Yoshinaga, and Alice--and their integration with the various AKB branch groups based in other parts of Japan. When they merge with SKE (ch. 116-137), the plot involves them having to gain the approval of their haters. It's an alright plot, but not the best; it feels reminiscent of previous challenges. When they join with NMB (ch. 142-179), they must help them increase the approval ratings on NMB's TV variety show, with Minoru's career as an idol on the line if they fail. By this point, having their careers be on the line has become tired, but I do appreciate the change of focus from concerts to TV. And I genuinely loved the finale in the burning studio. But after that section, there's nothing I would consider a strong plotline. There are some good moments here and there, but it's mainly half-baked scenarios created to tie up loose ends and lead the story into the conclusion the author wanted. For those not in the know, this manga follows Urayama Minoru (a guy) as fe pretends to be a girl in order to be in the idol group AKB48. At first, fe was just intending to go to the auditions to support Yoshinaga (the girl fe has a crush on) in feir audition, but then fe ended up impressing the judges with feir natural talent and charisma. Fe slowly starts enjoying being an idol and becomes passionate about it. The appeal of the manga comes from seeing a crossdressing boy trying to not get caught, but also from seeing the passion and hard work of these idols as they try to touch the hearts of the fans. And for fans of the real-life idol group, I'm sure there's also appeal in seeing group members they know interacting with the characters--like, Takamina's already entertaining crush on Minoru is probably even more entertaining if you're a fan of Takamina. We see all the aspects of the life of an idol: behind-the-scenes training, concerts, hand-shaking events and other interactions with fans, variety show appearances, scandals, family tension, suppressed romantic feelings, and General Elections where the fans vote for their favorite idol. In the course of this manga, we see three of these General Elections: in chapter 48, chapters 104-105, and then in chapters 207-213. In the final one, I don't really care for the extended metaphorical fight they used to stretch out the reveal of the results; it feels like a ham-fisted way of generating intensity.

Idols, and idol-related media, has been becoming ever more popular in Japan and other Asian countries. Groups like AKB, NMB48, and Hello! Project are poping up and quickly growing in both size and popularity. This idol-culture is now spreading in North America too, fueled in part by the number of idol anime and manga being released and translated. [email protected], Love Live, Aikatsu, and AKB0048, are some examples of recent idol shows, each one using a different angle to explore the lives of female pop idols. I personally enjoy idol anime, but idol manga is something new to me; AKB49 is my first idol manga experience! AKB48 is one of the largest and most popular idol groups, and they have been getting some North American attention from their sci-fi anime (AKB0048) and numerous manga titles. AKB49 is their largest manga to date, and it's the one I decided to check out. The series is still on-going, but I've read over 130 chapters and will admit, I'm hooked! AKB49 follows a high school student named Minoru Urayama who is one of the few in his class who is not interested in idols (AKB in particular). One day when he discovers his secret crush, Hiroko Yoshinaga, is suposed to meet up with “someone special” he follows her out of a mix of jealousy and curiosity. His stalking leads him to a live AKB concertm where it is revealed that she has a strong passion for AKB, and spefically the 'center' Atsuko Maeda. Soon after the concert, Minoru discovers a nervous Hiroko is attending an audition to join one of AKB's junior teams. Wanting to help Hiroko, he comes up with a plan to support her in secret: by cross-dressing! Disguised as “Minori Urakawa”, Minoru joins the audition to provide moral support to the nervous girl. In a predictable, yet amusing twist, Minori and Hiroko both pass the audition and join AKB! The beginning chapters of the series follow the pair as they are introduced to the hard-working world of idols. Mironu must not only survive his dance lessons, but he consistantly has to worry about his true identity, and gender, being exposed. Although is series could have taken a pure comedy approach, I'm glad it decided to reply heavily on drama, which allows the series to evolve and become more mature as Minoru becomes more and more attached to AKB and its members. For a series probably created for the sole purpose of creating AKB fans and selling merchandise, this series holds up very well, especially when compared to other idol anime and manga. It is able to cover certain issues (physical chalenges, respect for fans, the dark side of the entertainment industry, etc.), in more detail than any other idol media I've seen. My only issue with the series is not many from the huge cast of characters are developed well and a large number of the plot points/twists are predictable. Overall, AKB49 is a very enjoyable series. 7.5/10

Now, I'm not going to give spoilers of the ending here, but that is the reason my score was so much lower than it would have been. I read over 250 chapters of this, and the ending made me want to cry because it was so out there and terrible. All of the build up of a series for nothing at all. I cannot recommend anyone else to go through this whole series just for that ending at the end. 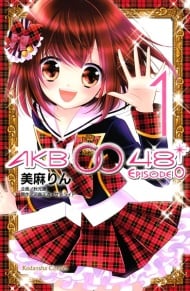 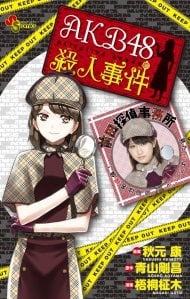 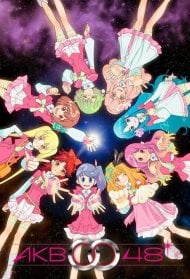 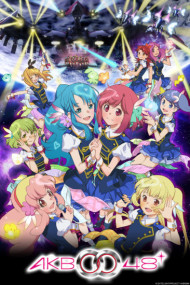