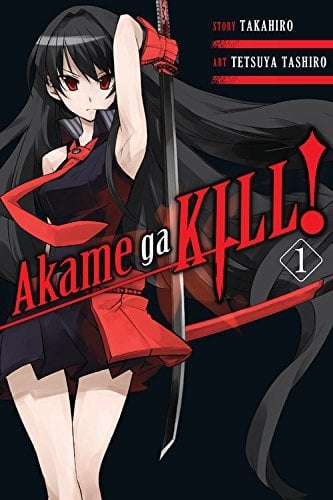 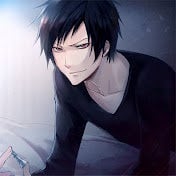 This manga is what every gore fan is looking for. -cute girls -limbs flying around -epic villain characters The story is good, some plot holes but hey, even the best manga have plot holes, the characters are all drawn very good even the side characters look awesome. So if you want more, start reading fool, the manga is all you need

It started off really well, and I'm quite surprised as I watched the anime first, and the anime had pretty much followed every single detail for the first few volumes and it was great! It was fast pace and there was clear character development. But then it got to perhaps, Vol 13 and 14. It dragged a lot. I was literally just looking at the manga at this point, reading it seemed pointless because I already knew what was going to happen.
I'm kind of sad that most of the Night Raid had died in the end, especially boobs, I mean, Leone. Cause she had the chance to live. But I guess it was 100% better than the anime cause literally everyone including Tatsumi died.
I really did like the fact that they let Kurome and Mein live, I thought that was pretty cute. But the whole Mein being pregnant creeped me out, they looked 15 at the beginning of the manga and anime. Either way, the thing I like about Manga's and Animes is the character development and there were so many subtle changes in Tatsumi that it was quite unbelievable, and you don't quite notice the changes until you hold out a picture of when you first see their appearance and the last.
But did Tatsumi become human again in the end? I mean... ugh, right.
Despite a few of the volumes being a drag I really did enjoy it and would recommend to new manga readers!

Akame ga kill is about a girl named Akame, even though the main character is a guy named Tatsumi. They are assassin's in a group determined to change the political corruption of their country. I have heard of this anime many times over but I never realized the depth of the story in the anime.

The character development in this manga is not the greatest as everything moves at a pretty quick pace. Not so much that its too quick but to the point where a lot of characters aren't as fleshed out as they deserved to be. They kill off characters with ease and honestly you don't feel much for them in the beginning. Once you get towards the ending you start to feel things for characters that have now seen more development and you're familiar with. I would say if I hadn't known anything about this manga it would've affected me far greater, but I knew that everyone was going to die so I did my best not to get attached.

What I did not expect was the fact that not everybody dies in the manga as compared to the anime. In the anime the main character dies, but in the manga he doesn't. He's not the same anymore, but he's still breathing. Still able to somehow reproduce but whatever I guess. When I saw that people weren't dying in their designation spots in comparsion to the anime thats probably when I allowed small attachments, which I shouldn't have done at all.

I adored the little love stories that formed in this story and what really made this such a good read was the accumalated and execution of the end of the story. It was wonderfully done and I was feeling for what was happening. The saddest death for me was Leone, I really didn't want her to die. Also the impact of the last page, I just stared at it for a moment to really absorb everything that happened and how it ended. Really great.

Overall I feel like there could've been improvements but I still enjoyed reading it.

I watched the anime first and I actually don't regret it. In fact I actually am happy I did. The anime was so different it left me with a bunch of cool surprises that weren't in the anime. A solid shounen anime.

Story: a regular shounen story weak to strong, every girl in existence wants to violently fuck him blah blah blah. It's very interesting for 3 reasons. The romances and how enjoyable some of them were, the complex world of Teigu, and of course that Akame/Kurome subplot. All of them made the world in which the teigu are in kind of cool, despite the lack of world building. There ismt much filler in the anime so I a few empty battles though. There is tons of dark shit in it also. So make sure your wary of it.

Art: Occasionally very jumbled in some scenes. The gore was there and it was there consistently. Never an absolute bloodbath but it's enough to keep violence enthusiasts, like me, excited. character design was very interesting also.

Charcters: there were only a few non generic stereotypical characters. Esdeath of course, Akame and Kurome and that sadist Sayuka (one of the weirdest characters I've ever seen). Most other character are generic characters. My biggest problem was Night Raid. Wave is literally the same character as Tatsumi. A lot of characters not named Akame and Tatsumi get little to no development and only backstory and when there about to die, blah blah blah. But as stated this romances and dynamics will force you to pick both a best girl and favorite character. If have to say my favorite characters list would go.

The best thing omitted from the anime is that Wave/Kurome romance which was nothing more than a fleeting friendship in the anime.  A solid read with interesting subplot upon subplot. Now that I've read the anime I will now rewatch the anime and rip it limb from limb for fucking the plot even if they had to.