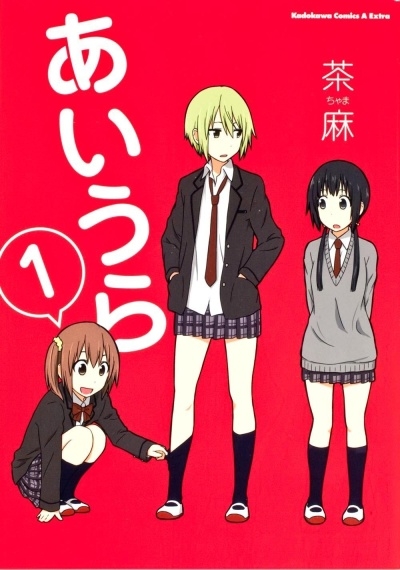 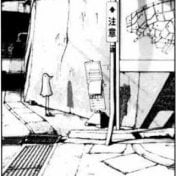 Aiura is a 4-koma slice of life depicting 3 high school girl's daily lives. Following in the footsteps of Azumanga, K-ON and Lucky Star, it is another comedy with almost no plot and pretty much nothing going on.

Story - The story offers no plot but it is refreshingly funny after (attempting to) read Yuru Yuri, and thus the suprisingly high score. I also felt that, while Azumanga would drag on certain things like Sasaki's cat interactions, Aiura's story moved efficiently from punchline to punchline without overusing the situations.

Art - I find a 4-koma lives or dies on its artwork, if the artwork is bad it's hard to read far enough to realise the jokes are funny. Luckily, Aiura has good enough artwork to make even subtle (as in not a sweat drop or blazing eyes) facial expressions make you laugh.

Characters - The characters will inevitably be the same in any comedy: the immature one (Kanaka), the serious one (Saki) and the innocent one (Ayuko). But rather than keep the characters as fixed stereotypes, the comedy roles are switched around so that not all non-situational jokes are initiated by the immature one.

Overall - Making this into an anime was a mistake, there's no question (especially when it was only a few volumes in!), but it works well as a 4-koma so don't disregard it just because you thought the 5-minute anime adaptations were rushed, because they were...