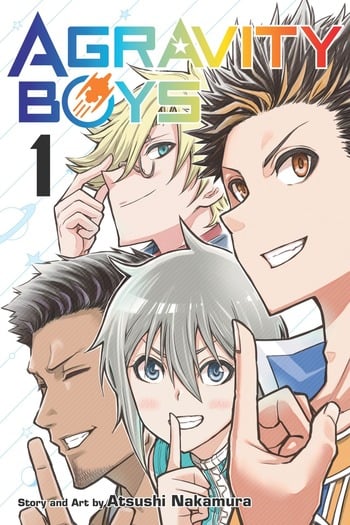 One of the funniest comedy manga i've ever read. Im going to miss this one, but it was amazing. The storylines changed quite often, and the jokes kept getting funnier. WOuld totally reccomend.

If this wasn't funny it would be completely worthless, so I guess we can all be glad that it is funny. Probably the best ongoing joke involves Chris's feminine appearance, but there are definitely some solid gags throughout.

The setting is a crew of four boys--potentially the last of humanity--has landed on an alien planet. Their primary worry is the fact that there are no girls and humanity will die out. The instigator for plotlines is a "higher being" who enjoys messing with them by giving them pieces of super-advanced technology and difficult choices and seeing them squirm. Other than that higher being, the plot generally just follows them getting used to the planet. And because the higher being is capable of doing pretty much anything, the plot is only really constrained by what would be funny.

I hope the manga is a success.