Against the Gods - Reviews 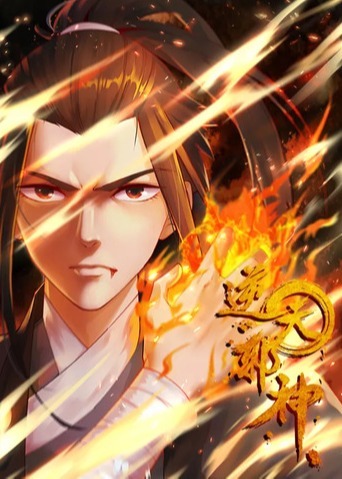 I can't possibly read a story about a sexist rapist and enjoy it, though the main plot is my favorite type of thing, and the art is lovely.  Stating that if you were stronger that you would rape women?  The intent to fuck a loli?  Count me entirely out.

This is the type of plot setting I really like to read, but this manhua really dissapoint me after wasting so much time reading it.First of all it talks about male dominance where if you would have more power than your wife you would have raped her.Then everywhere just annoying characters like the princess who are just present to glorify the mc.The mc who beat the arrogant villains due to their bullying nature,but himself bully them afterwards showing his arrogance.This type of mcs just randomly pick up any beauty and then fuck them.Just utter trash.After 90 chapters it will be like watching flashes of images without any expressions, plot motive or anything.

It's so rare to find a good manhua out there and this one definitely is. Sly and cunning MC who actually gets revenge on people who wronged him, good plot and worldbuilding, not that many annoying characters asides for the usual fodder cannon bullies, an overall good story. Also the art is good, its pretty similar to TOGD in that regard, I wonder if its the same studio/artist. I can see it following the path of Apotheis which is already one of the best manhua out there.

Its ur normal cultivation manhua, mc is treated like shit then he flex his new powers and whomennnn love it and the opponent comes for revenge but it all works out for the mc. I dont feel like its anything special but its readable. What i hate about it is that the mc is a huge simp. Not gonna spoil but if u read it, he doesnt have his own ambitions other that help/protect women... Ofc there are exceptions but the main story is about protecting and helping his whomennn while getting stronger. Also i remember at the beginning he swore that he would make the people that bullied him regret it or smthing like that, but so far its ONLY WHOMEEEEEN.

It may change in the later chapters but so far its all for women.

TL/DR: read it if you dont mind an MC who flirts with every beautiful girl he meets.

the story is good, it is quite intresting as the story progresses more and more information about the world is released and we get a better understanding of its history, workings and other stuff. the story is also quite full of exitement. however, even if the events themselves are intresting, the underlying couse can start to feel a bit repetitive:

someone the MC cares about is in trouble, the MC goes and help, meanwhile someone else ends up in trouble. the MC basically runs around in circles helping the people he cares about while from time to time having to fix his own issues.

other reviews have pointed out how bad the MC's personality is, allow me to clarify:

the MC really is a womanizer, every time he encounters a good-looking girl he flirts with them, somtimes a bit aggressively so. the fact that he already is married doen't bother him, he's always looking for more girls to get married to.

this is not really some sweet romance. he always treats woman well when he's with them, appart from the flirting. but also, he has twice (if memory serves me well) wished to be able to force his first wife in bed with him, as she refuses to do that. idk how serious to take it but it does leave a bitter taste in the mouth.

the issue is when he leaves the girl. as when he goes on with his journey it almost feels like they do no longer exist. to give you an idea, it is rather strange to read him say something like "my life has no meaning without you" when he littirally has a couple other wives scattered around the world, as well as additional loved ones. (i get that if you love someone, even if you have other loved ones, loosing that person can be detremental. my point is that there doesn't seem to be any regard to the others that are not there)

appart from that the rest is quite ok. he is more or less what you would expect from a decent (good guy) MC of this genre. the villains aren't always the simplistic 'courting death' type and sometimes turn from foe to friend (or at least neutral).

in conclusion, if you can ignore or tolerate the negative aspects of the MC's personality, this story is worth reading. however if not, than there are definitely better stories out there.

this was written at chapter 502